What is normal breast development?

Breast development is a vital part of puberty in the human female. Unlike other mammals, however, human females are the only ones who develop full breasts long before they are needed to nurse their offspring.

Breast development occurs in distinct stages, first before birth, and again at puberty and during the childbearing years. Changes also occur to the breasts during menstruation and when a woman reaches menopause.

When does breast development begin? 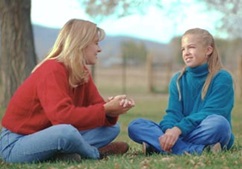 This first stage of development begins at about 6 weeks of fetal development with a thickening called the mammary ridge or the milk line. By 6 months of development this extends all the way down to the groin, but then regresses. At this time, solid columns of cells form from each breast bud, with each column becoming a separate sweat gland. Each of these has its own separate duct leading to the nipple. By the final months of fetal development, these columns have become hollow, and by the time a female infant is born, a nipple and the beginnings of the milk-duct system have formed.

What breast changes happen at puberty?

As a girl approaches puberty, the first outward signs of breast development begin to appear. When the ovaries start to secrete estrogen, fat in the connective tissue begins to accumulate causing the breasts to enlarge. The duct system also begins to grow. Usually, the onset of these breast changes is also accompanied by the appearance of pubic hair and hair under the arms.

Once ovulation and menstruation begin, the maturing of the breasts begins with the formation of secretory glands at the end of the milk ducts. The breasts and duct system continue to grow and mature with the development of many glands and lobules. The rate at which breasts grow varies greatly and is different for each young woman. Generally, there are five stages of breast development in girls.

What cyclical changes occur to the breasts during menstruation?

Each month, women experience fluctuations in hormones that make up the normal menstrual cycle. Estrogen, which is produced by the ovaries in the first half of the menstrual cycle, stimulates the growth of milk ducts in the breasts. The increasing level of estrogen leads to ovulation halfway through the cycle, and then the hormone progesterone takes over in the second half of the cycle, stimulating the formation of the milk glands. These hormones are believed to be responsible for the cyclical changes such as the swelling, pain, and tenderness that many women experience in their breasts just before menstruation.

During menstruation, many women also experience changes in breast texture, with breasts feeling particularly lumpy. These are the glands in the breast enlarging to prepare for a possible pregnancy. If pregnancy does not occur, the breasts return to normal size. Once menstruation begins, the cycle begins again.