Dysphagia is a term that means "difficulty swallowing." It is the inability of food or liquids to pass easily from the mouth, into the throat and down into the esophagus to the stomach during the process of swallowing.

Swallowing involves three stages. These three stages are controlled by nerves that connect the digestive tract to the brain.

Swallowing disorders occur when one or more of these stages fails to take place properly.

Children's health problems that can affect swallowing include:

Why is dysphagia a concern?

Dysphagia can result in aspiration which occurs when food or liquids go into the windpipe and lungs. Aspiration of food and liquids may cause pneumonia and other serious lung conditions.

Children with dysphagia usually have trouble eating enough, leading to inadequate nutrition and failure to gain weight or grow properly.

What are the symptoms of dysphagia?

The symptoms that children with dysphagia have may be obvious or they can be difficult to associate with swallowing trouble. The following are the most common symptoms of dysphagia. However, each individual may experience symptoms differently. Symptoms may include:

Symptoms of dysphagia may resemble other conditions or medical problems. Please consult your child's physician for a diagnosis.

How is dysphagia diagnosed?

A physician or healthcare provider will examine your child and obtain a medical history. You will be asked questions about how your child eats and any problems you notice during feeding.

Imaging tests may also be done to evaluate the mouth, throat and esophagus. These tests can include: 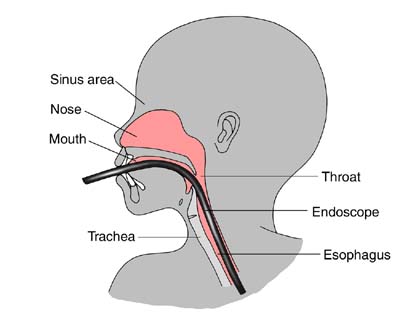 Other tests that may be performed to evaluate dysphagia include the following:

Specific treatment for dysphagia will be determined by your child's physician based on the following:

Speech or occupational therapy can be helpful for some children. These therapists can give your child exercises to help make swallowing more effective or suggest techniques for feeding that may help improve swallowing problems.

Infants and children with dysphagia are often able to swallow thick fluids and soft foods (such as baby foods or pureed foods) better than thin liquids. Some infants who had trouble swallowing formula will do better when they are old enough to eat baby foods. The following suggestions should also be considered when caring for a child with dysphagia:

Babies who have "oral aversion," which can occur after oral surgery or being on a ventilator for a prolonged period of time, may benefit from exercises and activities to desensitize them to having objects in their mouths.

When symptoms of GERD are also present with dysphagia, treating this condition may produce improvements in your child's ability to swallow. As the esophagus and throat are less irritated by acid reflux, their function may improve. Treatment of GERD may include:

Children who have scarring or narrowing of the esophagus (esophageal stricture) may be able to be dilated, or widened, under anesthesia. This procedure may have to be repeated periodically.

What is the long-term outlook for a child with dysphagia?

Some children with dysphagia will have long-term problems. Children who have other health problems, especially those that affect the nerves and muscles (such as muscular dystrophy and brain injury), may not be able to experience much improvement with their swallowing difficulties. Other children may learn to eat and drink successfully.

Consult your child's physician regarding the prognosis for your child.