What is fetal echocardiography?

Fetal echocardiography is an ultrasound test performed during pregnancy to evaluate the heart of the unborn baby.

Echocardiography assesses the heart's structures and function. A small probe called a transducer (similar to a microphone) is placed on the mother's abdomen and sends out ultrasonic sound waves at a frequency too high to be heard. When the transducer is placed in certain locations and at certain angles, the ultrasonic sound waves move through the mother's and baby's skin and other body tissues to the baby's heart tissues, where the waves bounce (or "echo") off of the heart structures. The transducer picks up the reflected waves and sends them to a computer. The computer interprets the echoes into an image of the heart walls and valves.

Fetal echocardiography can help detect fetal heart abnormalities before birth, allowing for faster medical or surgical intervention once the baby is born. This improves the chance of survival after delivery for babies with serious heart defects.

When is a fetal echocardiogram necessary?

It is not necessary for all pregnancies to receive an echocardiogram. The prenatal ultrasound tests that are done prior to birth can give information about whether the fetal heart has developed with all four chambers. Most unborn babies do not require any further testing.

Situations in which a fetal echocardiogram may be necessary include, but are not limited to, the following:

Fetal echocardiograms are usually performed in the second trimester of pregnancy, at about 18 weeks. The test is sometimes done earlier in pregnancy using transvaginal ultrasound (the ultrasound probe is inserted in the mother's vagina), but will be repeated later to confirm any findings.

How is a fetal echocardiogram performed?

During the test the transducer probe will be moved around to obtain images of different locations and structures of the fetal heart. Techniques sometimes used to obtain detailed information about the fetal heart include the following:

Fetal echocardiography can help detect fetal heart abnormalities before birth, allowing for faster medical or surgical intervention once the baby is born. This improves the chance of survival after delivery for babies with a serious heart defect. Other tests or procedures that may be needed include the following: 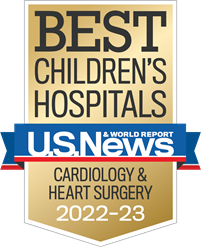