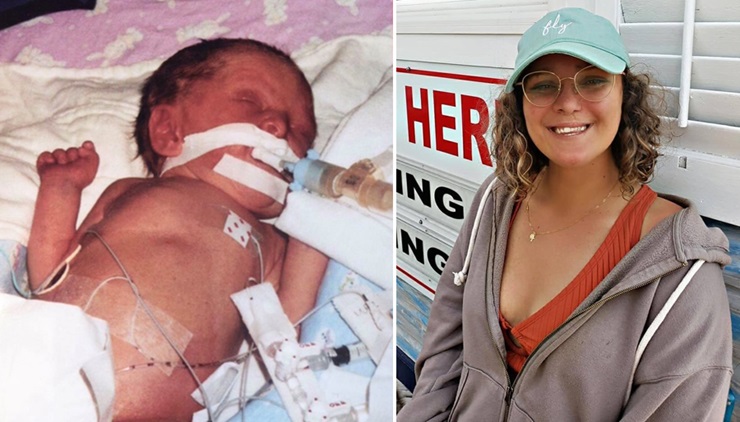 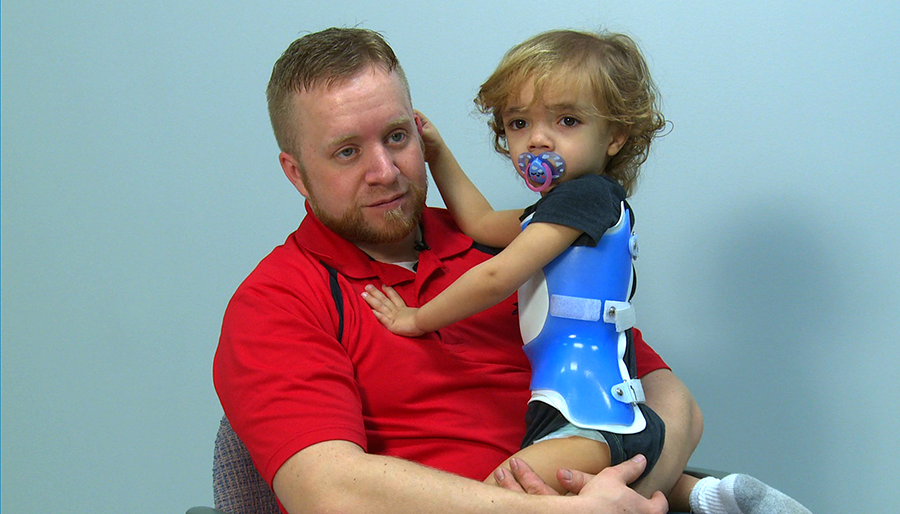 When you first meet Odehn Tuma, there is nothing to suggest he’s anything but your typical 2-year-old boy. He’s fearless and full of energy. He loves basketball, football and baseball. His mom calls him a “sports fanatic.” His dad says he’s a “party animal.”

But if he were to lift up his shirt, you’d then see the blue plastic brace enveloping his entire torso.

Odehn Tuma was born on June 12, 2015. The pregnancy was smooth and without complication. But it soon became apparent to his parents, Robert and Merilyn, that something was wrong.

“His back looked dispositioned. His body was tilting. He wasn’t able to pick up his head very well. Small things that started to indicate things,” said Robert. “When you would hold him up, he wouldn’t stand up straight. You could see his body was curving.”

Robert and Merilyn took him to his pediatrician. The doctor could tell something wasn’t quite right, but he didn’t know exactly what. He ordered an X-ray and when he saw the curve of his back, he immediately referred Odehn to John Thometz, MD, medical director of orthopedic surgery at Children’s Wisconsin.

It didn’t take Dr. Thometz long to confirm a diagnosis of scoliosis. 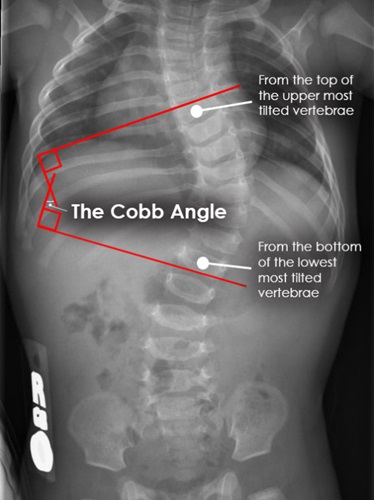 Scoliosis is a sideways curvature of the spine — either in a “C” or “S” shape. It can be congenital — meaning it’s present at birth — or it can develop later in life, typically around puberty. While there is some correlation with muscular dystrophy or cerebral palsy or other birth defects, for upwards of 80 percent of scoliosis cases, the exact cause is unknown.

Scoliosis can cause pain, physical limitations and difficulty breathing. In extreme cases, due to the restriction and stress the curvature puts on a patient’s lungs, it can be fatal.

Odehn’s case was so difficult — his spine had a curve of 57 degrees and he had underlying rigid bone dysplasia — Dr. Thometz wasn’t sure if he’d be able to completely eliminate the scoliosis.

While corrective surgery may be an option for severe cases in older kids, the most common treatment for significant scoliosis in infants is prolonged casting that can often last for years. Traditionally these are made out of plaster or fiberglass casts – just like those used to stabilize a broken bone.

Odehn was fitted for his first cast almost immediately after being diagnosed. 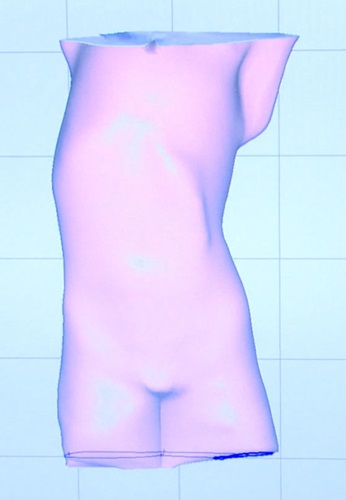 To be effective, the fit must be precise. And you can imagine the struggle of keeping an infant or toddler still during the 60-minute fitting procedure. That’s why children are put under general anesthesia during casting. A child is prepped as if going into surgery, they’re wheeled into an operating room, measurements are taken and then layers of gauze and fiberglass are applied to their torso.

As the spine shifts and the child grows, the cast needs to be removed, the child re-measured and a new cast formed. On average, depending on the child’s age, this process needs to be repeated every four to eight weeks.

In the first six months after being diagnosed, Odehn went through four casts.

While the casting procedure is routine and innocuous, there are inherent risks any time a child is put under general anesthesia.

“Because of a child’s still-developing brain, repeated exposure to general anesthesia can have a negative effect,” said Dr. Thometz. “Additionally, prolonged casting has shown to have an adverse effect on maternal bonding.”

Those factors are what motivated Dr. Thometz to develop a new technique to measure and fit back braces for scoliosis patients. Using state-of-the-art 3D scanning and printing technology, he’s able to treat young scoliosis patients while reducing the need for and length of repeated general anesthesia while also allowing for greater mobility and comfort. 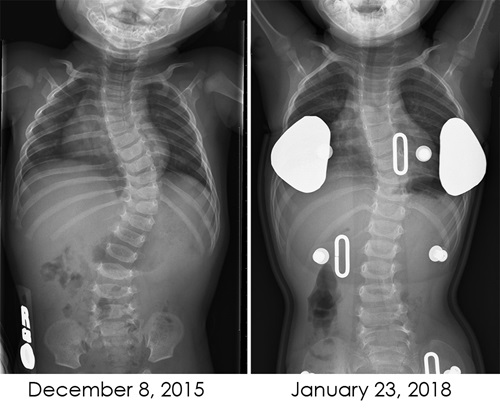 Instead of taking physical measurements, children are scanned using a handheld computer-assisted design (CAD) laser, which creates a digital 3D framework of the child’s body. The scan takes less than a minute to complete. Children younger than about 4 are still usually put under general anesthesia for 3D measurement and scanning. But older, more compliant children who are able to stand still remain awake while the measurements are taken in a clinic room.

That scan is sent to one of several outside vendors who carve a 3D mold out of foam using a CNC machine. The inner foam lining and exterior plastic form is heated in an oven and vacuum formed to the mold. The brace fits like a glove, or like an extra layer of skin. It’s an exact match to the patient’s body.

Once it’s created, it can be adjusted as the child grows and their spine realigns. Whereas a traditional cast may last a month or two, the new adjustable brace is generally viable for anywhere for four months all the way up to a year. Additionally, they’re more comfortable and cheaper to produce.

“This other method is very entrenched,” said Dr. Thometz. “But if people are willing to change, this new method can be a total game changer.”

Dr. Thometz developed this technique — which involves elongation, bending and de-rotation of the spine — more than four years ago. To date, he’s used it on more than 45 patients, ranging in age from 4 months to 8 years. While similar techniques are starting to be used more frequently in older, teenage populations, Dr. Thometz and his team at Children’s Wisconsin are currently the first and only ones using this technique on young kids. In fact, they unveiled this technique in early March at the 2018 annual meeting of the American Academy of Orthopaedic Surgeons in New Orleans.

“This brace is the difference between surgery and no surgery, or early surgery and delaying surgery for years. It’s critically important,” Dr. Thometz said. “If you get at it earlier and you’re aggressive, you can actually eliminate the scoliosis.”

While milder cases of scoliosis are usually treated with bracing alone, Odehn’s case was atypical. Because of his underlying bone dysplasia, Dr. Thometz felt he required preliminary casting before bracing.

For Odehn and his parents, the difference between the cast and the brace couldn’t be more stark.

“Because Odehn’s case was so extreme, Dr. Thometz recommended he have a cast first. The cast was always there. You couldn’t remove it. You couldn’t clean him up well,” said Robert. “With the brace, it’s so great to be able to remove it when we need to. When he has clothes on, you can’t even tell it’s there. It provides him with the stability he needs and the flexibility he likes.”

“The brace is part of his body. He loves it,” adds Merilyn. “He knows he needs it and he even asks for it to be put back on.”

Now, two years — and 4 casts and 3 braces — later, Odehn is making incredible progress. The curvature of his spine has gone from 57 degrees to 34 degrees (27 while wearing the brace).

“Odehn has had a complete and total turnaround. He’s impressing everybody with his progress,” said Robert. “We’ve been blessed with Dr. Thometz and his team. We wouldn’t know what to do without them. They’re working miracles.”

Evan Solochek Writer Children's Wisconsin
Pediatric orthopedic specialists at Children’s Wisconsin have the advanced training and expertise to provide the most qualified care to growing children and teens. Recognized as one of top programs by U.S. News & World Report, the program provides orthopedic care from spine, trauma and fracture care, to sports medicine and concussion care. 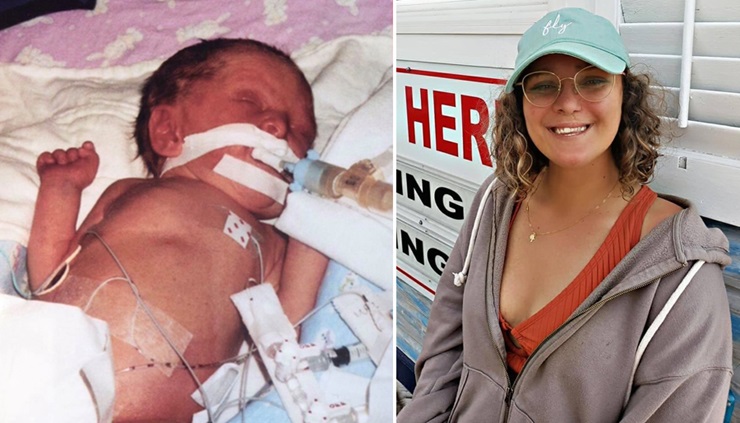