Establishing a relationship with just one family member can make a difference in the life of a child who is in out-of-home care. Here are some of our success stories.

Angela, a 6-year-old girl, had spent much of her life in foster care. Family Finding efforts led to the discovery and involvement of her paternal great aunt and uncle. Angela was moved to their home after background checks were complete and within six months they had been awarded guardianship.

Michael is a 23-month-old boy who had spent nearly his entire life in the foster care system. A relative was recently discovered and now is considering taking permanent guardianship.

Olivia is a 17-year-old who has been in treatment foster care for several years. All of her siblings had been adopted or were cared for by family members. Olivia was isolated from family. Through this program, she was able to learn family stories and made family connections that kept her from feeling isolated. 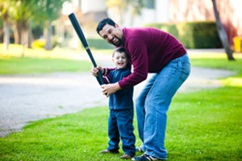 Monique is 16-year-old girl who lives in residential treatment facility. She has been in out-of-home care for most of her life. Monique was committed to learning and being involved with her maternal family. Through the program she learned numerous family stories and made family connections. A great aunt was located and she is building a relationship with Monique.

Robert is a 17-year-old who lives in a group home and had lost contact with all of his relatives. His mom was dead and he didn't know where to find his father. He hadn't visited with any relatives for more than five years. Family Finding was able to locate his grandmother, several siblings and a few distant cousins. Robert contacted his family and has gained a sense of belonging that had been lost.

Sierra is a 16-year-old who had lost contact with all her relatives except sporadic contact with one sibling. She had not seen her mother in 10 years. Through Family Finding, her mom contacted her and they developed a relationship. An aunt and uncle also were discovered and they began a relationship with Sierra.

Angel is a 16-year-old that spent more than eight years in foster care. Angel wished to find the father she had never met. Family Finding located the out-of-state father and established paternity. Angel and her father have met and are building a relationship. The stability and success of her father is something Angel can build on for her future.

Jack (6) and Jacque (3) are siblings that had limited relationships and contact with their family. Family Finding discovered that relatives had no knowledge of the children being in foster care and they were immediately concerned. Family members on the mother's and father's sides were able to come together, and Jack and Jacque now live with their maternal uncle with support from both families.

Henry is a 17-year-old who experienced a disrupted adoption which resulted in him returning to foster care. He had lost contact with both birth and adoptive relatives including three birth siblings. As an isolated and lonely teenager he longed for family. Family Finding was able to locate his birth father and a paternal aunt that he later moved in with.

Andrew was adopted out of foster care when he was one. His adoptive mother passed away when he was seven. Andrew was moved from one home to another within his adoptive family until, at age 12, Andrew ran away because of abuse and neglect. His adoptive family chose to no longer care for him and he spent the next five years in group homes. Andrew was referred to Family Finding and his biological family was located and eagerly welcomed Andrew into their lives. Andrew now has the support and love of grandparents, brothers, sisters and many more. 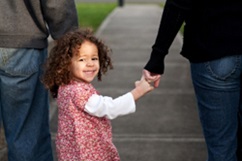 Jason is a 16-year-old boy who has been in foster care since age three. Jason's parents lost their rights to him and his siblings. The siblings were adopted but unfortunately Jason was not and he experienced 23 placements over the years. Jason spent approximately 10 years of his life with no connections to anyone other than paid professionals. His negative behaviors increased over the years to the point where he was a threat to the community. When Family Finding became involved, Jason was on the verge of entering the correctional system. Family Finding was able to reconnect him with several relatives including his mother. Jason now has regular contact with family, including visits in the community. His behaviors have diminished and he now verbalizes a hope for his future.

Funded through the Department of Health and Human Services, Administration for Children and Families, Children's Bureau, Grant #90-CF-0016/01. The contents of this website do not necessarily reflect the views or policies of the funders, nor does mention of trade names, commercial products or organizations imply endorsement by the U.S Department of Health and Human Services. This information is in the public domain. Readers are encouraged to copy and share it, but please credit Children's Wisconsin Community Services.

Services are based in Milwaukee, but are available statewide.