What is a cataract? 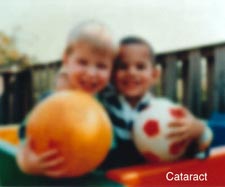 A cataract is a clouding or opaque area over the lens of the eye - an area that is normally transparent. As this thickening occurs, it prevents light rays from passing through the lens and focusing on the retina - the light sensitive tissue lining located in the back of the eye. With some cataracts, this clouding is caused when some of the protein which makes up the lens begins to clump together and interferes with vision. Cataracts occur in about 0.4 percent of children. They can affect either one eye (unilateral) or both eyes (bilateral).

The word "cataract" literally means "waterfall." For persons with an advanced cataract that covers a large portion of the eye lens, vision can be described as trying to see through a waterfall.

Some cataracts are small and do not cause any visual symptoms. However, other, more progressive cataracts can cause visual problems in children. Cataracts in children are uncommon. 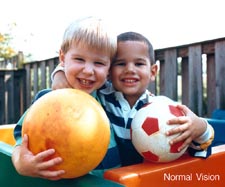 A child may be born with the disease (congenital), or it may develop later in life (acquired). Possible causes of cataracts include the following:

The majority of congenital cataracts (those present at birth) are present in children who also have other eye problems or other health problems. In approximately 25 percent of children born with congenital cataracts, the condition is due to a genetic cause such as a metabolic disorder (caused by an inherited enzyme deficiency) or a chromosome abnormality (i.e., Down syndrome).

What are the symptoms of cataracts?

The following are the most common symptoms of cataracts. However, each child may experience symptoms differently. Symptoms may include:

The symptoms of cataracts may resemble other eye conditions. Always consult your child's physician for a diagnosis.

What are the different types of cataracts?

How are cataracts diagnosed? 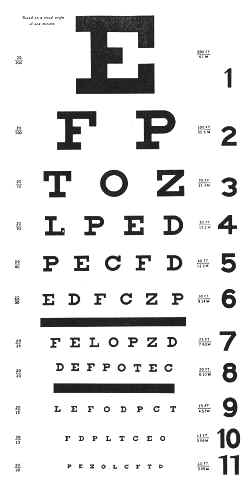 In addition to a complete medical history and eye examination of your child, diagnostic procedures for cataracts may include:

In addition, other tests may also be performed to help learn more about the health and structure of your child's eyes.

Specific treatment for cataracts will be determined by your child's physician based on:

Treatment is tailored to the child and the type of cataract he/she has. In some cases, vision loss caused by a cataract may be aided by eyeglasses or contact lenses. However, surgical removal of cataracts is often recommended in infants and children.