Medical conditions that may affect pregnancy:

About one in every 100 women of childbearing age has diabetes.

In addition, 2 to 3 percent of women develop diabetes during pregnancy, called gestational diabetes.

Diabetes is a condition where sufficient amounts of insulin are either not produced or the body is unable to use the insulin that is produced. Insulin is the hormone that allows glucose to enter the cells of the body to provide fuel. When glucose cannot enter the cells, it builds up in the blood and the body's cells literally starve to death.

Diabetes in pregnancy can have serious consequences for the mother and the growing fetus. The severity of problems often depends on the degree of the mother's diabetic disease, especially if she has vascular (blood vessel) complications and poor blood glucose control. Diabetes that occurs in pregnancy is described as:

What is gestational diabetes?

Gestational diabetes is a condition in which the glucose level is elevated and other diabetic symptoms appear during pregnancy in a woman who has not previously been diagnosed with diabetes. In most cases, all diabetic symptoms disappear following delivery.

Unlike pre-existing type I diabetes, gestational diabetes is not caused by a lack of insulin, but by blocking effects of other hormones on the insulin that is produced, a condition referred to as insulin resistance.

Although the cause of gestational diabetes is not known, there are some theories as to why the condition occurs.

The placenta supplies a growing fetus with nutrients and water, as well as produces a variety of hormones to maintain the pregnancy. Some of these hormones (estrogen, cortisol, and human placental lactogen) can have a blocking effect on insulin, which usually begins about 20 to 24 weeks into the pregnancy.

What are the risks factors associated with gestational diabetes?

Although any woman may develop gestational diabetes during pregnancy, some of the factors that may increase risk are:

Although increased glucose in the urine is often included in the list of risk factors, it is not believed to be a reliable indicator for gestational diabetes.

How is gestational diabetes diagnosed?

Gestational diabetes is diagnosed with a glucose screening test, which, generally, involves drinking a glucose drink followed by measurement of glucose levels after a one-hour interval.

If this test shows a blood sugar above a certain level, another test will be performed after a few days of following a special diet. The second test also involves drinking a glucose drink, and results are measured at three-hour intervals.

If results of the second test are in the abnormal range, gestational diabetes is diagnosed.

Specific treatment for gestational diabetes will be determined by your physician based on:

Treatment for gestational diabetes focuses on keeping blood glucose levels in the normal range. Treatment may include:

Possible complications for the baby:

Unlike type 1 diabetes, gestational diabetes generally does not cause birth defects. Birth defects usually originate sometime during the first trimester of pregnancy. They are more likely in women with pre-existing diabetes, who may have changes in blood glucose during that time. Women with gestational diabetes generally have normal blood sugar levels during the critical first trimester.

High blood pressure can occur in pregnancy in two forms. It may be a pre-existing condition, called chronic hypertension, or it can develop during pregnancy - a condition called pregnancy-induced hypertension (PIH). It is also called toxemia or preeclampsia. PIH occurs most often in young women with a first pregnancy. It is more common in twin pregnancies, and in women who had PIH in a previous pregnancy.

High blood pressure can lead to placental complications and slowed fetal growth. If untreated, severe hypertension may cause dangerous seizures and even death in the mother and fetus.

Infections during pregnancy can pose a threat to the fetus. Even a simple urinary tract infection, which is common during pregnancy, should be treated immediately. An infection that goes untreated can lead to premature labor and rupture of the membranes surrounding the fetus. Some infectious diseases include:

Toxoplasmosis is an infection caused by a single-celled parasite named Toxoplasma gondii. Although many people may have Toxoplasma infection, very few have symptoms because the immune system usually keeps the parasite from causing illness. Babies who became infected before birth can be born with serious mental or physical problems.

Toxoplasmosis often causes flu-like symptoms, swollen lymph glands or muscle aches and pains that last for a few days to several weeks. Mothers can be tested to see if they have developed an antibody to the illness. Fetal testing may include ultrasound, and/or testing of amniotic fluid or cord blood. Treatment may include antibiotics.

Iinfections such as chlamydia may be associated with premature labor and rupture of the membranes.

Hepatitis is an inflammation of the liver, resulting in liver cell damage and destruction. Five main types of the hepatitis virus have been identified. The most common type that occurs in pregnancy is hepatitis B (HBV). This type of hepatitis spreads mainly through contaminated blood and blood products, sexual contact, and contaminated intravenous needles. Although HBV resolves in most people, about 10 percent will have chronic HBV. Hepatitis B virus can lead to chronic hepatitis, cirrhosis, liver cancer, liver failure, and death. Infected pregnant women can transmit the virus to the fetus during pregnancy and at delivery. The later in pregnancy a mother contracts the virus, the greater the chance for infection in her baby.

A woman with human immunodeficiency virus (HIV), if untreated, has a one in four chance of infecting her fetus. AIDS (acquired immune deficiency syndrome) is caused by the human immunodeficiency virus (HIV), which kills or impairs cells of the immune system and progressively destroys the body's ability to fight infections and certain cancers. The term AIDS applies to the most advanced stages of an HIV infection.

HIV is spread most commonly by sexual contact with an infected partner. HIV may also be spread through contact with infected blood, especially by sharing needles, syringes, or drug use equipment with someone who is infected with the virus. According to the Centers for Disease Control and Prevention (CDC), HIV transmission from mother to child during pregnancy, labor, and delivery, or by breastfeeding has accounted for 91 percent of all AIDS cases reported among US children.

Some people may develop a flu-like illness within a month or two after exposure to the HIV virus, although many people do not develop any symptoms at all when they first become infected. Persistent or severe symptoms may not surface for 10 years or more, after HIV first enters the body in adults, or within two years in children born with an HIV infection.

The National Institutes of Medicine, the American College of Obstetricians and Gynecologists, the American Academy of Pediatrics and other health organizations recommend HIV testing of all pregnant women. Prenatal care that includes HIV counseling, testing and treatment for infected mothers and their children saves lives and resources. Current recommendations are for HIV positive women to take a number of drugs during pregnancy and during labor. Blood tests are also performed to check the amount of virus. Newborn babies of HIV positive mothers also receive medication for the first 6 weeks of life. Studies have found this can reduce the chance of a mother's transmission of HIV to the baby from 25 percent to 8 percent.

Genital herpes can be spread to the baby during delivery, if a woman has an active infection at that time. Herpes is a sexually transmitted disease caused by the herpes simplex virus (HSV). Herpes infections can cause blisters and ulcers on the mouth or face (oral herpes), or in the genital area (genital herpes). HSV is a life-long infection.

Symptoms of HSV may include painful blisters or open sores in the genital area, which may be preceded by a tingling or burning sensation in the legs, buttocks, or genital region. The herpes sores usually disappear within a few weeks, but the virus remains in the body and the lesions may recur from time to time.

Protection from genital herpes includes abstaining from sex when symptoms are present, and using latex condoms between outbreaks. 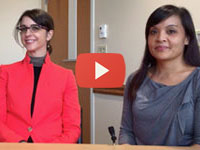