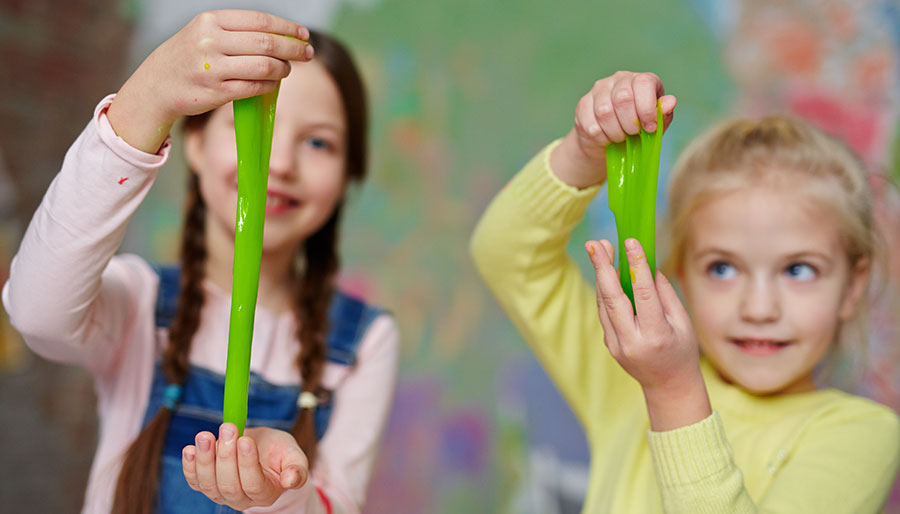 When I was a kid, I remember covering my hands in Elmer’s glue, waiting for it to dry and then peeling it off. Simpler times, I suppose. But it seems that Elmer’s glue is popular with kids again for something called homemade slime.

According to the news, homemade slime is the latest Internet DIY trend. It involves mixing white glue with water and Borax to make a squishy, stretchy, jiggly blob. It certainly looks fun, but is it safe?

Borax is a natural chemical that is found in a host of household products, including laundry detergent additives, cleaners, insect killers, herbicides and even some kinds of toothpaste. But just because it’s natural doesn’t mean it’s safe — there’s a reason it’s used to kill cockroaches.

Borax can be lethal if ingested — less than 5 grams for a child and between 15-20 grams for an adult. Signs of exposure include red and peeling skin, seizures and kidney failure. Borax can also cause skin, eye or respiratory irritation. In rare cases, prolonged exposure can cause infertility or damage to an unborn child.

Now, the amount of Borax used in most homemade slime recipes is small (usually about a tablespoon, which is a little more than 14 grams) and it is diluted in water and glue. So, while the risk may be small, it’s not zero.

In my mind, the biggest risk is in the making of the slime. You don’t want to leave your kids unattended with a box of Borax. So, if you do decide you want to try it, I’d definitely encourage you to make it with your kids. Once it’s made, the Borax is diluted enough where I wouldn’t have much concern about kids playing with it. Then, of course, put the Borax safely away with any other toxic household items.

That said, whether it’s homemade slime or something else, if your child does ingest any potentially toxic substance, call 911 or the Wisconsin Poison Center (1-800-222-1222) immediately.