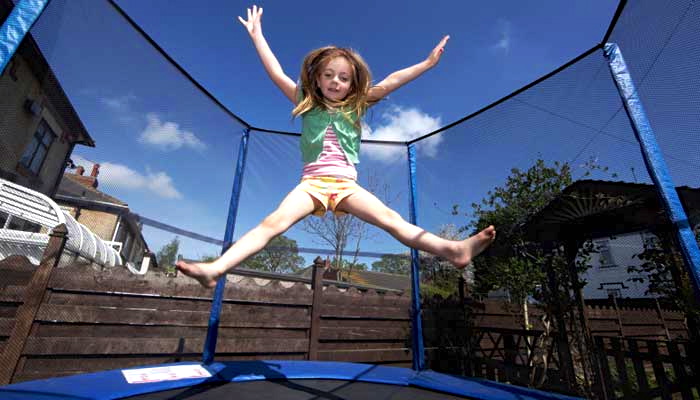 It’s hard to argue with the simple pleasure that comes with jumping up and down on a trampoline, but it’s also impossible to ignore the significant health risk it poses.

A growing number of medical professionals — including yours truly — are discouraging the use of backyard trampolines, if not pushing for an outright ban on them, at least when it comes to children.

The numbers are staggering, with a new study published in the Journal of Pediatric Orthopaedics having found that between 2002 and 2011 more than 1 million people went to emergency departments for trampoline-related injuries, with nearly 300,000 of those being fractures. A whopping 92.7 percent of those broken bones occurred in kids 16 and younger. Even more serious injuries can occur, including ones that result in substantial neurological damage when the head is involved.

What might be surprising to learn is that most of the injuries do not stem from flying off the trampoline, but from when multiple people are jumping on it. Kids can land on each other, or have a midair collision, and when more than one person is jumping, the trampoline becomes like concrete for the one coming down.

If you are going to use a trampoline at home, follow these safety guidelines to avoid becoming a statistic:

It’s important to remember that as much fun as kids might have on a trampoline, it isn’t a toy. It is a piece of equipment, and needs to be treated as such. Please consider finding some thrills a little closer to the ground.