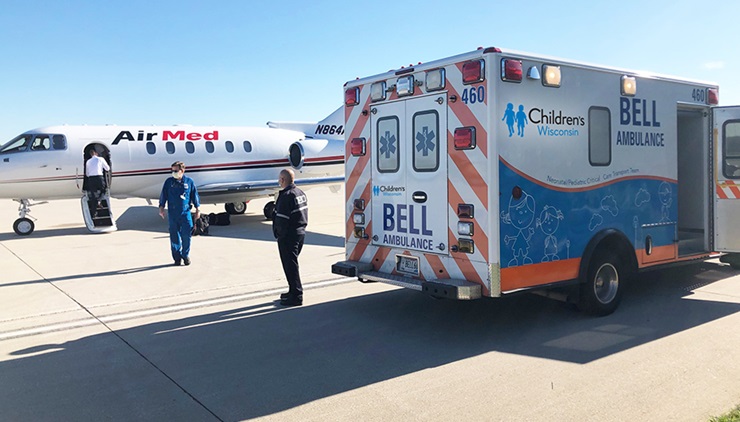 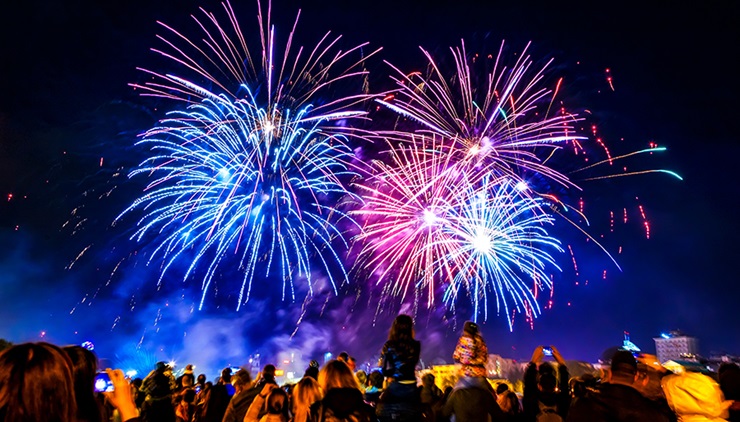 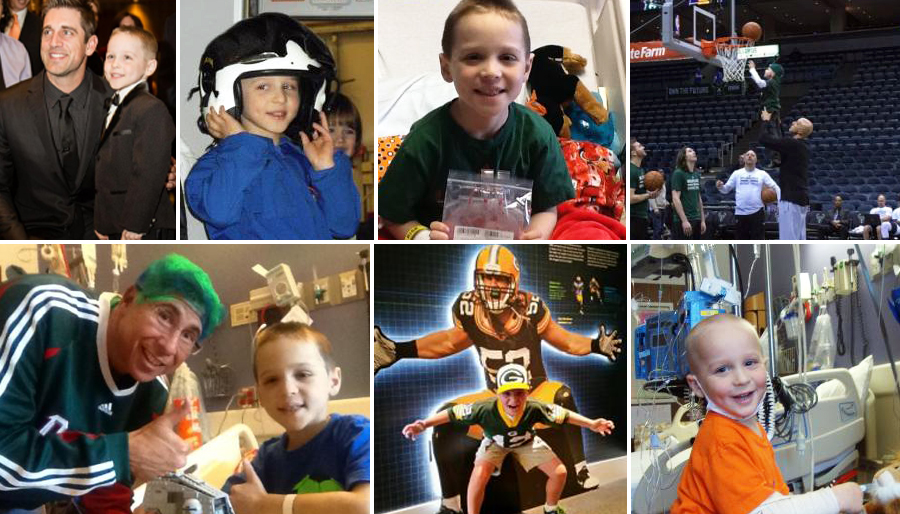 We talk about this a lot...being thankful for our health and what we have — especially to have Bryce as he celebrates his birthday every winter and turns one year older. 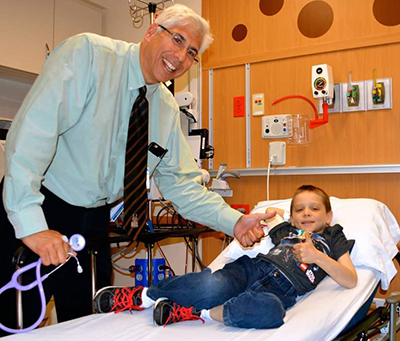 This birthday year was challenging for me to realize it has been almost 10 years since we met all the amazing people at Children's Wisconsin. I never feel like that journey is over, it is always such a part of our lives and I am eternally grateful to you, your dedicated staff, the HOT unit nurses, Bo, Heather and Lynette in Clinic, the MACC Fund, the list goes on and on.

It is comforting in such a unique way to go to the Next Steps Clinic and run into Debbie, the pharmacy staff member who delivered Bryce’s meds with fun boy stickers (and always a few girl stickers for his sisters) and she stills remembers us and her face lights up when we see her. Or Theresa, Bryce's teacher, who texts us every year on his birthday to wish him another great year. We have even run into the cleaning staff member who cleaned our room daily (I cannot recall her name) and she still remembers us and cannot believe how much the kids have grown. When I was at clinic with just Bryce, she asked about the girls. We keep in touch with the Flight For Life staff members who truly touched our lives during such a difficult time. They brightened every day for Bryce. 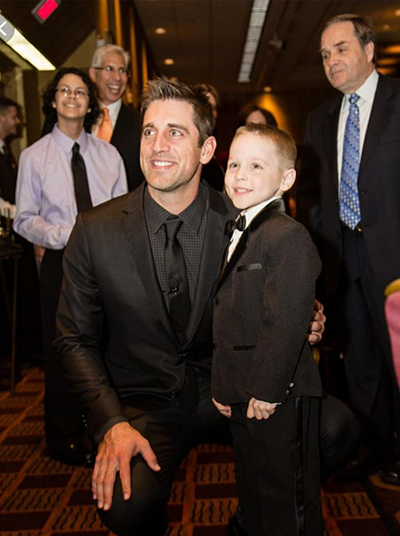 I often think of the song from Wicked...

I've heard it said
That people come into our lives for a reason
Bringing something we must learn
And we are led
To those who help us most to grow
If we let them
And we help them in return
Well, I don't know if I believe that's true
But I know I'm who I am today
Because I knew you...
Who can say if I've been changed for the better? But
Because I knew you
I have been changed for good

The experience of a critically ill child has changed us — for the better. We appreciate the important things of being together — heck, we are professionals at this social distancing, mask wearing and quarantine. We had years of practice before COVID-19 was ever a thing!

I often remember the days "when Bryce was sick" and I remember all the positive things he got to experience that he maybe never would have if he was a "typical healthy child." He got to meet his football hero — Aaron Rodgers. He got to go to Lambeau Field. He got to experience making a basket on the Bucks court, with the help of a few players that lifted him up because he was so little. We got to experience Disney through Make-A-Wish and celebrate life — just that...life. Such a precious thing. We are blessed to have met you, know you, and call you all friends.

What I think is so special about Children's Wisconsin staff is that they don't just "clinically treat the patient.” You treat the entire family and embrace them as their own. The love the staff extends and the care provided is extraordinary. We are grateful to you all.

Okay...now for the kid’s memories of "kids being kids." 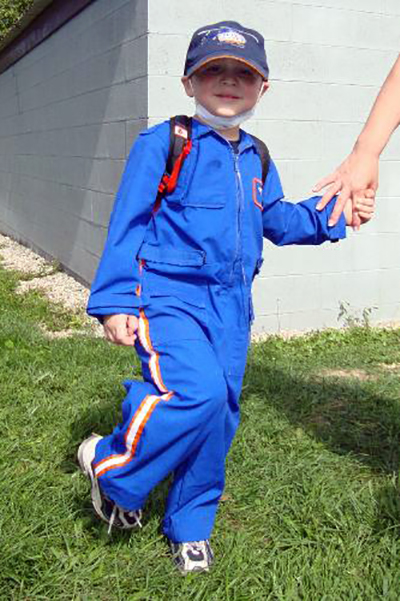 Bryce remembers watching the Flight For Life helicopter fly overhead and land on the helipad. He remembers his doctors and nurses asking him, "How many flights today?" as he tracked the comings and goings of a helicopter — a cool thing for a 4-year-old boy. He remembers his "field trip" to the helipad, after Flight For Life got special permission to give him a tour. He doesn't remember much of the tour, but he remembers being on the helipad and how it made him feel. He felt special, he felt important, he felt the love.

Bryce remembers his nurses having light saber battles with him (he was such a Star Wars fan) and on the nights he couldn't sleep, his third shift nurses telling him he should help them with their rounds. Bryce remembers turning syringes into water guns and trying to soak his doctors and nurses and taking cover when they tried to soak him. Bryce remembers Dr. Margolis coming into the room and telling him to spray paint his hair green for the Bucks game. Bryce remembers not spraying it, but watching for him on TV and seeing him at the games. Bryce remembers the silly string in clinic for his birthday. Again, he wouldn't spray himself, but he remembers me spraying him and the laughter — the fun, the silliness. That is the importance of kids being kids.

Bryce remembers his nurse Bo sitting on the floor in clinic changing his PICC line dressing as he was immersed in a movie on the iPad for distraction so he wouldn't cry as she carefully peeled off all the stickiness. As Bryce recalled it, he said, "Mom, that must have been hard for her to sit on the floor and work around us." Yes Bryce — it was hard, but that did not matter to Bo, because she wanted to make the experience "not so scary and as painless as possible." Bryce remembers picking a small prize after dressing changes — we are thankful to the kind donors who provide these gifts. They brighten the hard days of medical procedures. 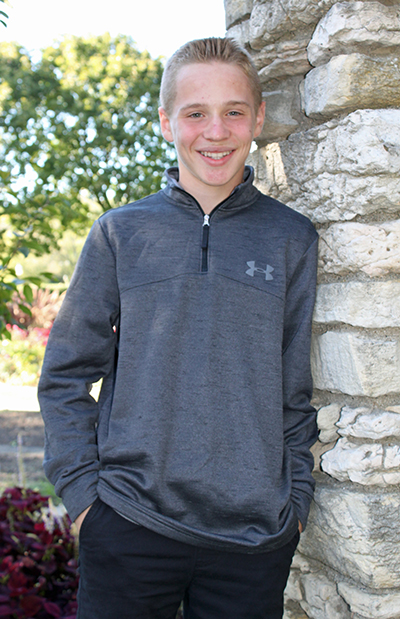 Kira was too little to remember much from that time. She does however remember that "she saved Bryce's life.” She reminds us it was "her blood that worked, and now he has good blood." I remind Kira, yes, it was her blood in the end, but it was Bell's blood three times before and it was a lot of spectacular people that "saved Bryce's life" day in and day out at Children's Wisconsin for more than 4 years. It was all of you that saved Bryce and we can never thank you enough.

I know these past few years have been so challenging. You are strong, you are resilient, you are heroes! Thank you for your dedication to children, our children, my child.

Charleen Mother
The MACC Fund Center for Cancer and Blood Disorders is a leader in treating the most common to the most complex cancer and blood disorders and is named among the best in the U.S. News & World Reports’ annual Best Children’s Hospital report. The center offers a comprehensive array of clinical trials for patients with new diagnoses, relapses, refractory and rare diseases, and late effects of cancer treatment. 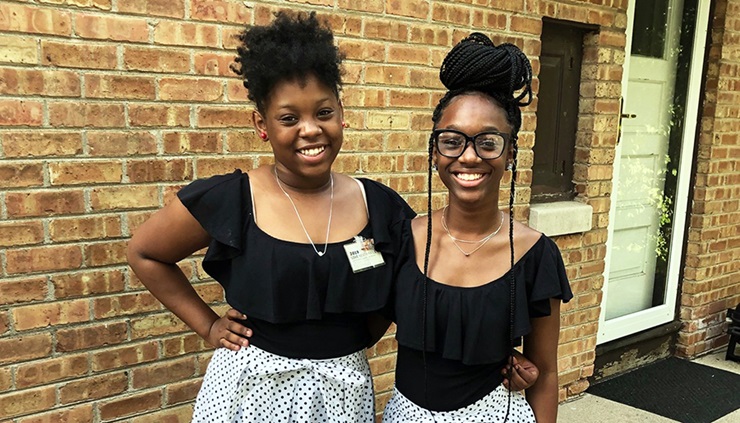 The power of research: How Children’s Wisconsin doctors protected kids with sickle cell disease from COVID-19

Doctors at Children's Wisconsin and the Medical College of Wisconsin were uniquely qualified to research how COVID-19 effected kids with sickle cell disease. 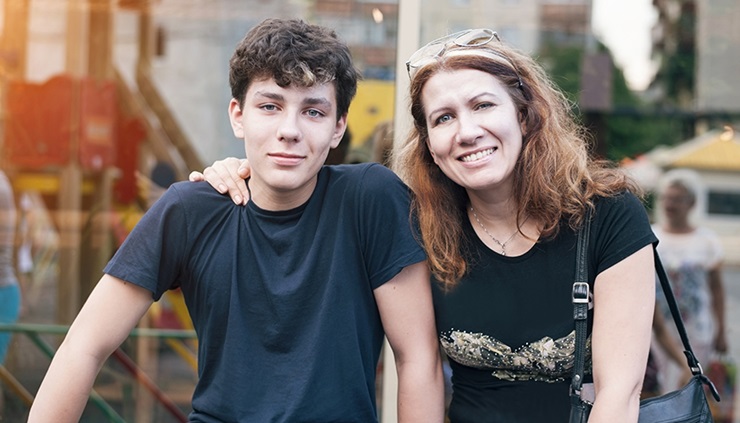 Teen spirit: The unique challenges and rewards of fostering teens