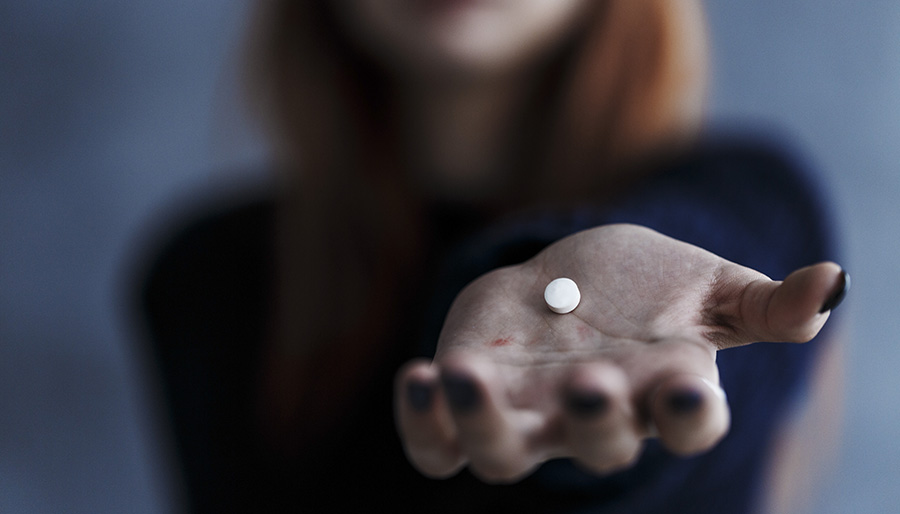 Being a teenager has never been easy, but the substances that are readily available to teens these days pose a special hazard. Some teens and tweens are searching for ways to experiment with drugs and finding dangerous options online or even in their own homes — and often not thinking about the consequences.

Under the influence of one drug, teens are more likely to experiment with other more dangerous drugs, leading to serious effects. Also, teens who begin misusing drugs earlier in life are more likely to struggle with substance abuse later.

You can help by talking with your teen and being aware of the substances teens often use.

A 2016 survey shows 7 percent of teens have taken the stimulants Ritalin or Adderall without a prescription in the previous year. Some teens see these drugs as a study aid, regardless of whether they are diagnosed with ADD or ADHD or have a prescription.The fact is, prescription drug misuse is dangerous, and misusing these drugs can be just as harmful as using street drugs.

These names refer to a wide variety of herbal mixtures that produce highs similar to marijuana and are marketed as “safe” and legal alternatives to pot. They are increasingly available online and in “head shops” and have been linked to an increased number of emergency room visits and deaths in teens. They contain shredded plant materials and chemical additives that are often highly toxic.

When the original formula for spice was banned, manufacturers altered the drug and kept selling it. It looks deceptively like incense or potpourri. These drugs have not been tested on humans, and are often mixed with over-the-counter and prescription medications.

The opioid crisis continues to wreak havoc on people of all ages, including teens. A recent report showed 23 percent of teens have misused or abused prescription medication at least once in their lifetime.

Because opioids may be readily available in a teenager’s own home, or in the homes of friends or relatives, teens often don’t think of these drugs as dangerous. But opioids act on the body the same way as drugs like heroin and they are highly addictive. Teens mistakenly think because these medications are prescribed by a doctor, they must be safe.

Not to be confused with Epsom salts used for bathing, “bath salts” are sold as a powder or crystals. Bath salts are synthetic, easy to buy and very addictive. Bath salts are often labeled “not for human consumption” in an effort to circumvent drug laws.

Bath salts contain various amphetamine-like chemicals, and can be swallowed, sniffed or injected. This drug has been reported to trigger intense cravings and cause many adverse effects including erratic behavior, hallucinations and delusions.

Although e-cigarettes are legal for use by individuals 18 years of age or older, many younger teens are trying these products. E-cigarettes, also known by the brand name JUUL, are sold legally with various concentrations of nicotine in “pods” in a variety of flavors.

Sometimes teens will use modified e-cigarettes or JUULS as a vehicle for adding illegal drugs to the pods. Whether the pod contains nicotine or other drug substances, these drugs can be powerfully addicting, and should not be used by teens.

The average age for kids trying alcohol in the United States is 12. By the end of high school, 53 percent of teens have consumed alcohol.

Youth who drink alcohol are more likely to experience school problems, physical and sexual assault and alcohol-related car crashes and other injuries. Teens who drink are also at a higher risk for suicide and homicide.

Talking about the dangers of drug abuse makes a difference with kids, and it should start at a young age. Help your child make healthy choices by modeling positive behaviors, talking with them about their choices and being aware of where they are and who they’re with.

Jillian Theobald, MD, PhD Associate Medical Director Wisconsin Poison Center
Children's Wisconsin is the region's only independent health care system dedicated solely to the health and well-being of children. In Milwaukee and throughout the state, we provide kids and their families a wide range of care and support — everything from routine care for ear aches or sore throats to life saving advances and treatment options.