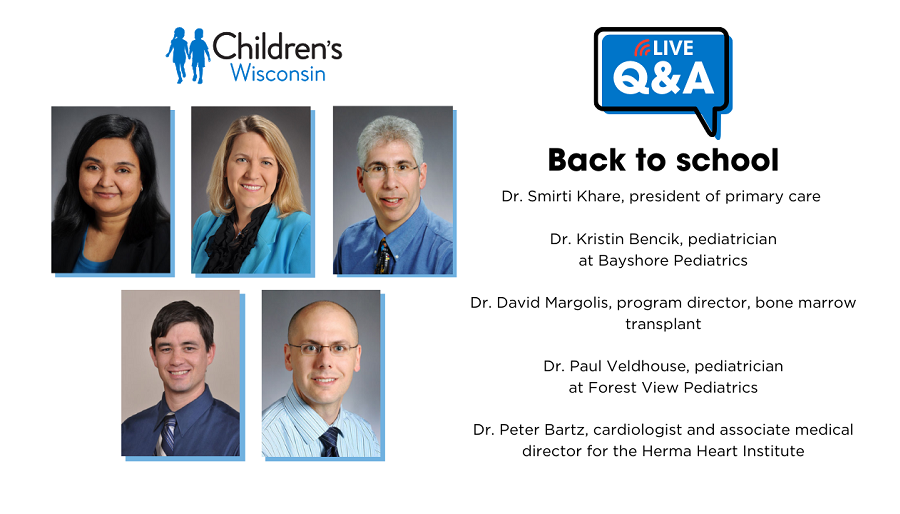 Lucy Harriet Morris came into the world on April 28, 2018. In most every way, she was your typical baby girl: sweet yet stubborn, loving yet sassy. Maybe a bit of a “diva,” her mom, Ashley, said with love and a wink.

When Lucy was about 6 weeks old, however, small concerns started to emerge. She struggled to lift or turn her head. She couldn’t do tummy time. Her legs sort of just dangled.

“She was very floppy,” Ashley said. 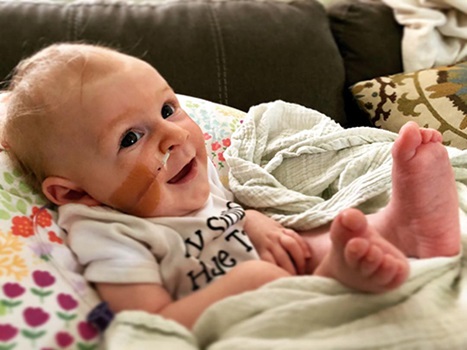 At Lucy’s eight week wellness checkup in late June, the nurse took note of the weakness but was more concerned by her labored breathing. After stepping out for a while to consult with the doctor, the nurse and doctor came back into the exam room and told Ashley and her husband, Bill, that a transport was on its way to take Lucy to Children’s Wisconsin's Neurosciences Center.

Lucy was seen by Matthew Harmelink, MD, director of the Pediatric Neuromuscular Program at Children’s Wisconsin. He quickly determined she had spinal muscular atrophy (SMA), a rare genetic neuromuscular disorder that causes a loss of muscle strength and control. A few days later a blood test would confirm his suspicion.

SMA, which occurs in about one in every 11,000 births, is caused by a mutation to the survival motor neuron 1 (SMN1) gene. As a result, the gene doesn’t produce enough SMN protein and the motor neurons in the spinal cord that transfer signals between the brain and the body’s muscles deteriorate.

Lucy has Type 1 SMA, meaning she was diagnosed as a baby and would never be expected to even sit up. There are three other types: Type 2 never can walk; Type 3 can walk but will lose the ability to do so; Type 4 can walk but have weakness.

There is never a good time to receive a devastating diagnosis such as SMA. But all things considered, a diagnosis a few years earlier would have been far worse. 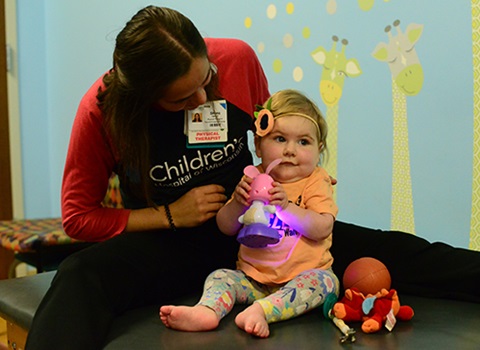 Prior to December 2016, there was simply no treatment for SMA. Symptoms were just managed as best as they could be. And for babies born with the more serious type, upwards of 80 percent would die by their 2nd birthday. Then a groundbreaking new drug called Spinraza was approved by the FDA and it became a game changer. Injected directly into the fluid surrounding the spinal cord, Spinraza strengthens the SMN2 gene (sort of a backup to the SMN1 gene affected by SMA) and alleviates SMA’s progression and symptoms. After the initial injection, patients must get additional maintenance doses every four months for the rest of their lives.

“She was making gains,” said Dr. Harmelink, “But we thought she could make more.”

On May 23, 2019, the game changed again. On that morning, the FDA approved yet another treatment for SMA.

Changing the face of the disease

Called gene replacement therapy, this treatment literally places a normal copy of the SMN1 gene inside the cell. From a single, one-hour dose given through an IV, patients see improvement very quickly.

“These are drugs that change the course of a disease,” said Dr. Harmelink. “Before these kids wouldn’t be able move their muscles, they’d need a wheelchair, a breathing tube and a ventilator and feeding tube. Now the hope is these kids will be able to live life in a more functional, normal way.”

Lucy was the first child treated with gene replacement therapy at Children’s Wisconsin. In all of the United States, there were fewer than 200 at the time. In the days and weeks that followed, Lucy’s strength and function improved tremendously.

“She’s always followed people with her eyes, always looking and seeing what they’re up to,” said Bill. “Soon after the treatment, we noticed she was picking up her head and tracking us.” 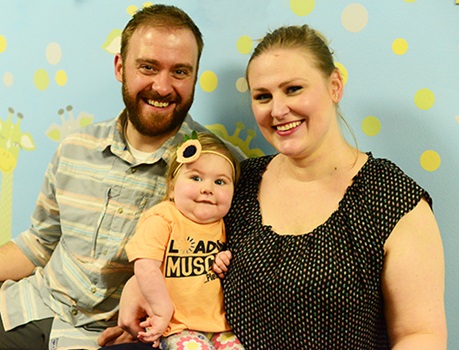 In a couple short months, Lucy has gone from not being able to pick up her head to moving it all around, smoothly and deliberately. She’s gone from barely being able to lift her arms to raising, reaching, grabbing and throwing. She’s gone from eating almost exclusively through a feeding tube, maybe swallowing a few tiny drops of water, to devouring taco meat and pickles through her mesh baby feeder.

“At appointments, multiple times she has sat unassisted for 10 seconds,” said Ashley. “That’s unheard of. Kids with Type 1 don’t sit, ever.”

Lucy has weekly appointments with Shana Sigmund, DPT, and Sara Girolami, PT, DPT, physical therapists at Children’s Wisconsin. Just before Lucy received the gene therapy, she completed two standardized tests that assess the quantity (not quality) of her movement ability. Less than two months later, her scores on both tests improved significantly.

“Not only are we seeing improvements in what she can do, but the quality of her motion is so much better,” Bill said. “It’s amazing.”

Since the sooner SMA is diagnosed the more successfully it can be treated, Dr. Harmelink was part of the group that got approval to add SMA to the standard newborn screening in Wisconsin. This was approved by the Wisconsin’s Scientific Advisory Board in January 2018 and is currently going through the 18-24 month regulatory process.

That vital early screening coupled with this new therapy will save lives. It’s not an exaggeration — Lucy is the proof.

“She was so weak,” said Ashley. “Without all the treatments she has had, she wouldn’t be here. It’s that simple.”