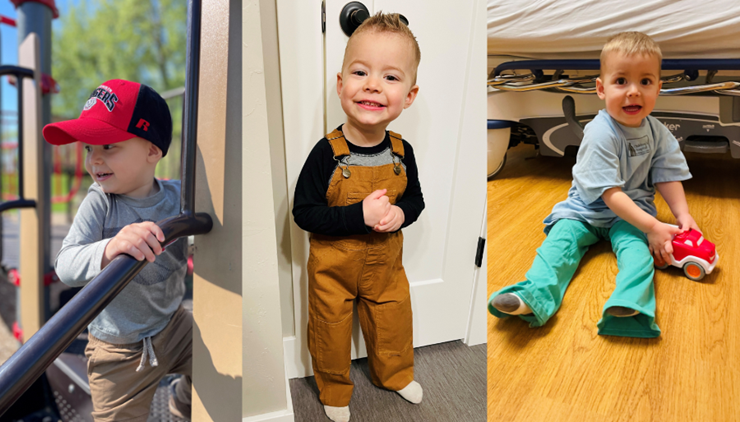 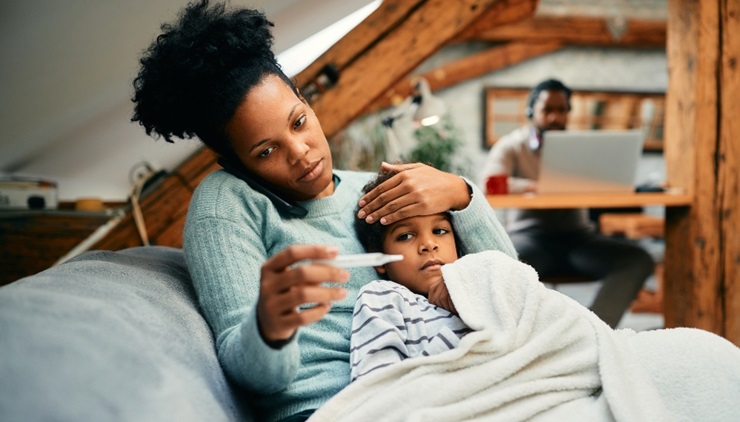 Fever? Cough? Runny nose? When to take your child to the doctor

With wait times longer than normal, when is it best to see a doctor and when will your child be more comfy at home? 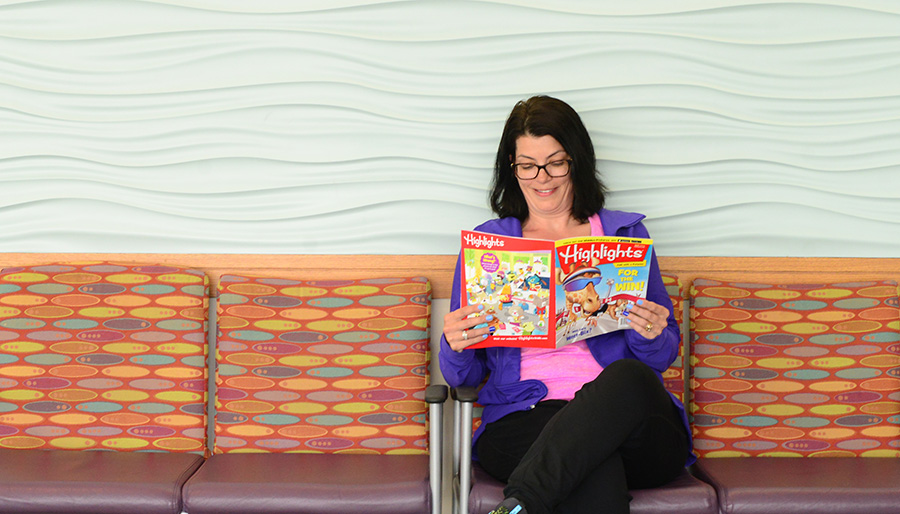 It was a late night in December 2007 and 37-year-old Jenni Sego was at work when a coworker who was training to be a nurse asked to take her blood pressure to practice. Jenni said sure.

“I knew it was going to be high. I work third shift, I have three kids and I don’t sleep,” said Jenni. “She took it multiple times and it kept coming back 200/100. I just kept making up excuses because I felt fine. She said I really needed to go to the doctor.”

It had been a long time since Jenni had seen a doctor, but when she was a child she was in and out of doctors’ offices all the time. Born with primum atrial septal defect and a cleft mitral valve (a hole between the two upper chambers of her heart and a gap in her mitral valve), Jenni underwent heart surgery at Children’s Wisconsin when she was 4 years old.

After that surgery, life went on pretty much as normal.

“I did everything you do as a kid. My mom never treated me as if I was different or special or couldn’t do things,” Jenni said. “As far as I knew everything was going well. That’s my problem. That’s what scares my husband. I don’t know what bad feels like.” 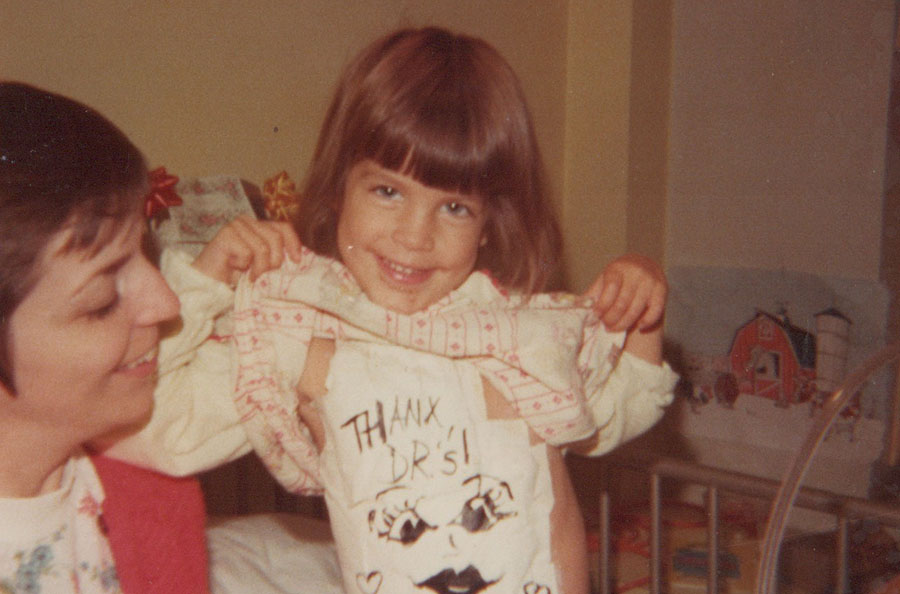 As Jenni entered adulthood, she didn’t realize she was moving into a health care no man’s land. By the time her coworker took her blood pressure that night, she hadn’t seen a cardiologist in nearly 20 years. Unfortunately, her story is all too common.

Prior to about 1944, most children born with congenital heart disease simply didn’t survive. Even in the late 1980s, the percentage of children born with severe cardiac defects who died within the first year of life was 25 percent. Today that figure is less than 5 percent. 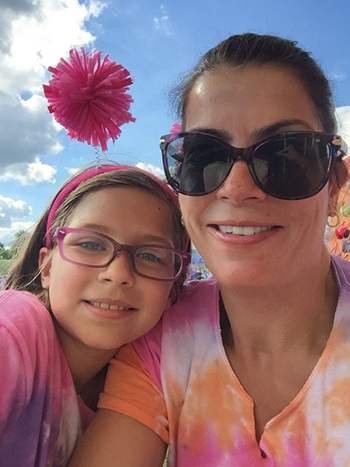 “This is an incredible success story in medicine,” said Michael Earing, MD, director of the Herma Heart Institute’s Adult Congenital Heart Disease Program. “We have this growing population surviving into adulthood and we’re identifying new complications that we never knew existed before. The Adult Congenital Heart Disease Program was developed to help maintain a high quality of life and avoid a lot of those late complications.”

At the urging of her family and co-worker, Jenni finally saw Dr. Earing in March 2008. It was almost a four-hour appointment.

He asked how many kids she had — three. He asked how many pregnancies — four. He asked if her babies were full term, healthy weight — yes. He then paused for a moment and told Jenni that she must have somebody upstairs watching over her.

Dr. Earing went on to explain that Jenni had coarctation of the aorta — meaning the main artery that provides blood to her body was severely narrowed.

“He said I was born with this and it’s something that is usually repaired as a child,” said Jenni. “He said I was a heart attack waiting to happen.”

There were times in her life where Jenni would become so out of breath she would be forced to stop what she was doing — shoveling, for example. But Jenni jokes she always thought she was out of shape — even though she exercises seven days a week — and she’d just get right back to it.

In June 2008, she had surgery to repair her narrowed artery.

In April 2009, the electrical connections between the top and bottom of her heart stopped working (atrial tachycardia) and she underwent another surgery.

In April 2017, she developed an irregular heartbeat (atrial flutter).

In July 2017, she underwent a procedure in which her heart was shocked back into rhythm (cardioversion). Following that procedure, all three of her heart’s internal pacemakers stopped functioning (known as complete heart block), so the next day she was fitted for a pacemaker.

“After my pacemaker, I told my husband I’m never dying,” Jenni joked. “I have a bionic heart, I’m going to live forever.”

“This program is 100 percent dedicated to meeting the comprehensive needs of adult survivors of congenital heart disease,” said Dr. Earing. “We spent a lot of time developing a team that met not only the medical needs, diagnostic needs and the surgical needs of our patients but also all their social and psychological needs. It takes a team of individuals to provide that comprehensive care.”

From one doctor following a hundred patients in 2004, today the program has five doctors board-certified in Adult Congenital Heart Disease (out of only seven in the entire state) who care for more than 3,000 patients a year. With eight outreach sites located throughout Wisconsin, the program is 10 times bigger than the state’s second largest.

All of this growth culminated in 2016 when the program received accreditation by the Adult Congenital Heart Association as a Comprehensive Care Center, making it one of just 17 centers in the country (and the only one in the region) to receive this designation.

“This recognition is a validation of our leadership, expertise and commitment to caring for this unique population,” said Dr. Earing. “We’ve made incredible progress in the last 14 years and we will continue to do so.”

When tracking the progress of pediatric cardiology, Jenni and her family really are the perfect test case.

In 1974, Jenni’s brother was born with transposition of the great arteries, a complex heart defect in which the artery that pump blood to the lungs and the artery that pumps blood to the body are switched. At that time, this condition was treated by leaving the reversed anatomy intact and rerouting the blood flows. Though the procedure was successful, Jim passed away in 1994.

In 2006, Jenni’s daughter Cassie was born with the same condition. Jenni recalls sitting in the hospital room with her mother as Cassie was getting examined.

“My mom said that in 1974 she asked the doctor why can’t you just switch the arteries. They laughed at her and said, ‘No, it’s a lot more complicated than that.’ But, today, that’s exactly what they do.”

No place she’d rather go 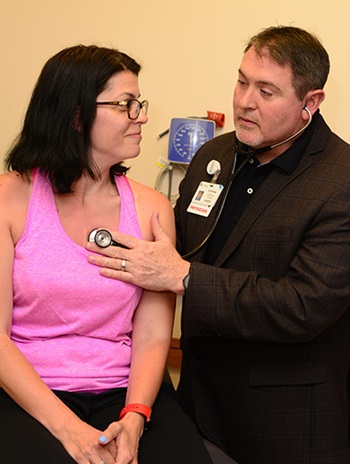 After Jenni checks in for her bi-annual appointment at the Herma Heart Institute at Children’s Wisconsin, she takes a seat in the waiting room beside a TV playing a Curious George cartoon.

Below the TV is a wooden bookshelf overflowing with colorful books about trucks and dinosaurs and farm animals. A couple chairs down a father comforts his crying son, rocking him gently in his arms. In the far corner, a little girl sits at a small red table coloring in a picture of a smiling fish.

After a few minutes, a nurse calls Jenni’s name and walks her back to the exam room. A few hours later, she receives a clean bill of a health and will be back to see Dr. Earing in six months.

Everyone knows Children’s Wisconsin is the only hospital in the area dedicated solely to children, but many are often surprised to learn and wonder why it also has one of the nation’s largest adult heart programs, too.

“I still ask myself to this day — I’m an adult, why do I go to Children’s Wisconsin,” said Jenni. “People ask me that. I say that’s where I started, that’s where my history is and they have an adult program. There’s no place else I would go.” 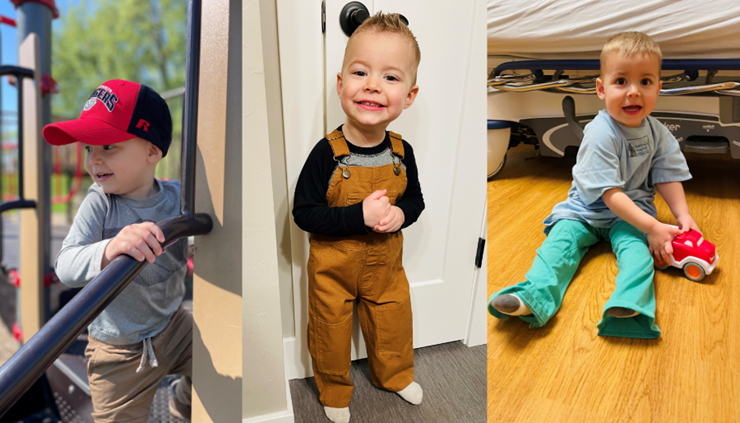 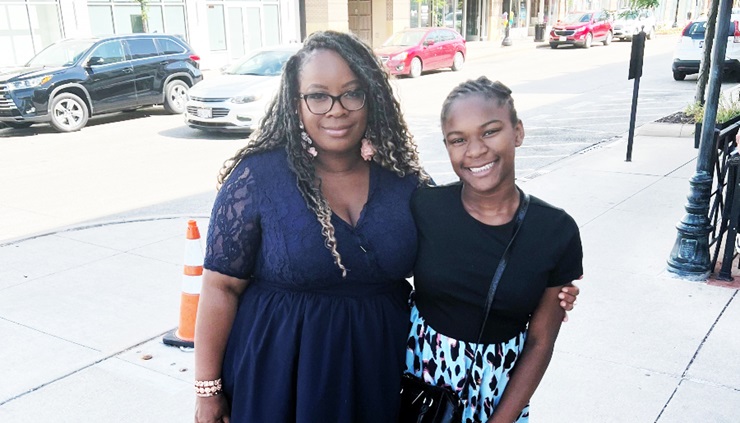 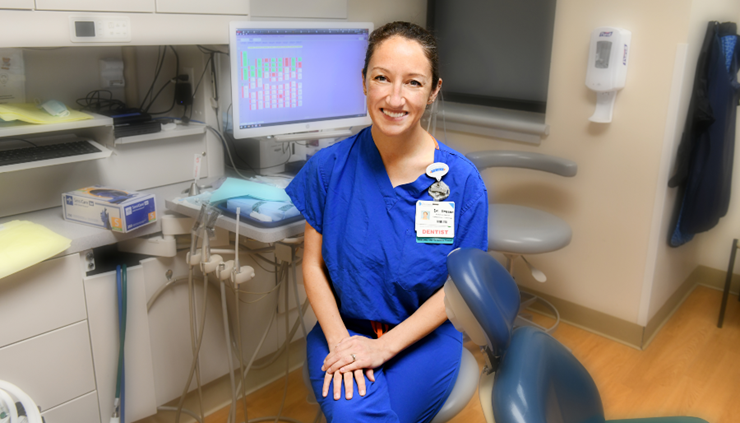 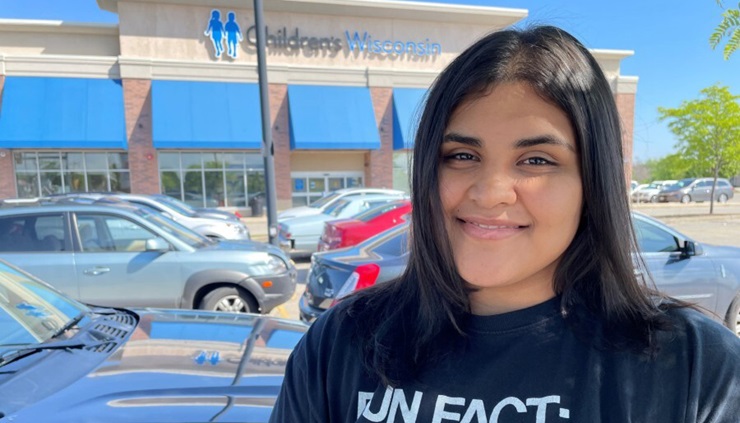 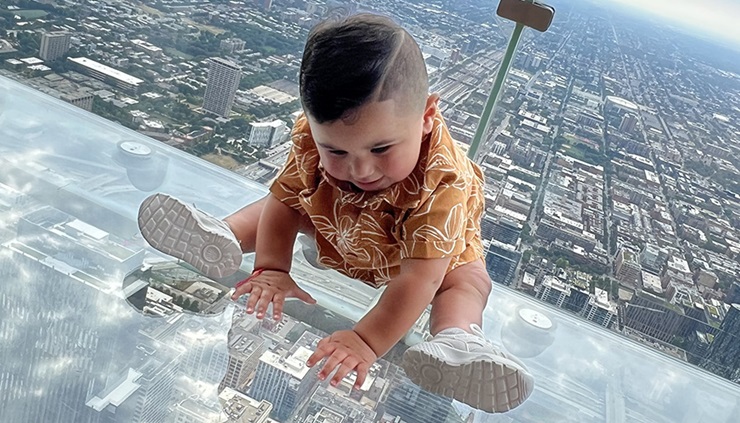 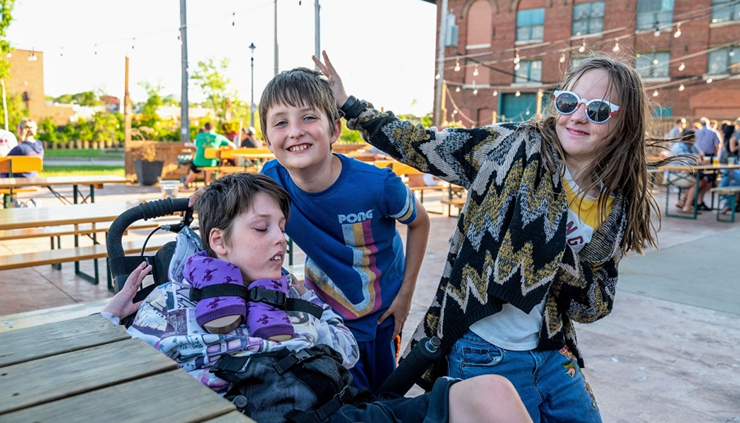