The brain is the center that controls and regulates all voluntary and involuntary responses in the body. It consists of nerve cells that normally communicate with each other through electrical activity.

Video: What is epilepsy, and how common is it?

A seizure occurs when part(s) of the brain receives a burst of abnormal electrical signals that temporarily interrupts normal electrical brain function. The incidence of seizures is high before the child's first birthday. Approximately 3 to 5 percent of all children may experience a seizure.

For more information, watch this video by Nucleus Health on understanding epilepsy in children.

Video: What are the different types of seizures?

Video: Treatments for epilepsy in children

For more information, watch this video by Nucleus Health on treatments for epilepsy in children.

Learn more about our pediatric epilepsy program and our treatment options. 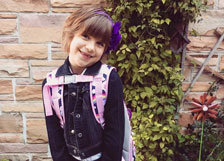 Get a second opinion from our Epilepsy Center

With more information, you can make better choices to help your child with epilepsy. The urge to start treatment right away is common. A second opinion can make sure the treatment plan is appropriate and that you aren't missing other options.

Use this online form to contact us about requesting a second opinion.