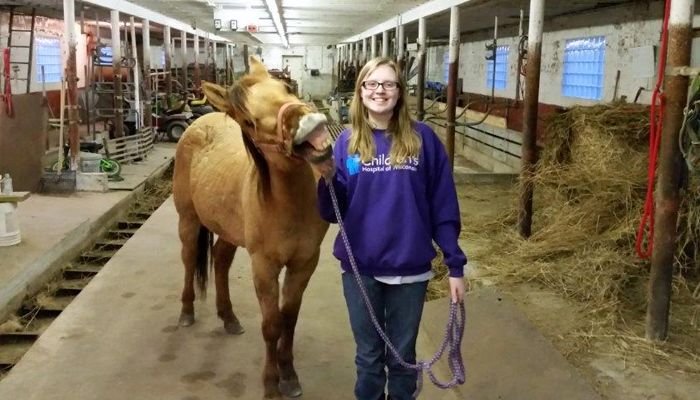 5 misconceptions people have about Tourette — from someone who has it

As 1 of the approximately 138,000 kids in the U.S. who have Tourette Syndrome, I would like to address some common misconceptions people have about the condition, and the people who have it.

1. It’s all about swearing.

This is absolutely false. The condition that causes the swearing or blurting out of inappropriate phrases is called coprolalia, and is only found in 10-15 percent of people who have Tourette. This is what is known as a “co-morbid” or “co-existing” condition. I do not have this, but since this is how Tourette is played up in the movies and TV, I do have people ask me if I will start swearing at random. This makes me want to swear on purpose! But, as a Youth Ambassador for the Tourette Association of America, I just smile and offer them a quick education about my condition.

When coprolalia is involved, I have seen people roll their eyes at the parents, and even make rude comments about lack of parenting skills, among other things. My mom and dad have had to educate people when some of my vocal tics are active. I have a vocal tic that sounds like the bird Kevin in the Disney/Pixar movie Up. My dad just giggles with me and says I sound like a pterodactyl. This is the tic that actually helped me to get diagnosed with Tourette, and it’s actually cool when I play volleyball for my school. Whenever I get excited or nervous, sometimes I do my tic, and all of my teammates know what it is, but the other teams don’t. It kind of throws them off their game.

3. Medication is the only way to deal with Tourette.

There is a therapy for Tourette called CBIT (Comprehensive Behavioral Intervention Therapy) that focuses on teaching people how to recognize the urge to tic, and use a competing response to nullify the tic. This is effective for some, but not all of the people who have tried it. I was involved in a CBIT study at the University of Wisconsin-Milwaukee, and I still use some of the strategies I learned in it. We have found that educating people about our condition is a very effective strategy in dealing with its effects. My dad and I did a Youth Ambassador presentation for the teachers at a young boy’s school, and as a result, he has become an excellent student! We helped him by giving his teachers a better understanding of the way he learns, which led to different ways of teaching him.

4. People with Tourette can stop tics anytime they want.

I have been asked both to “stop doing that,” and told “you can stop anytime you want.” False again! Tourette is a neurological condition that involves the basal ganglia in your brain. This is the area that involves voluntary movement. People who have Tourette have a malfunction here. We get random impulses to do things that we can’t control. Research has shown that sometimes people suppress their tics successfully, with no increase in tics. Personally, if I suppress my tics all day, there’s gonna be a HUGE tic explosion when I get home!

5. Tourette or tic disorders are often associated with seizures.

My mom and dad actually had one of my classmates’ parents ask, “What am I supposed to do when she does her tic thing?” Dad told them that it’s not a medical emergency, it’s just a tic. “Treat her just like any other kid!” So remember, people with Tourette are just like you.

Emily Shelby Guest Blogger
The Children’s Wisconsin Neurosciences Center is the largest and most comprehensive pediatric neurosciences center in the state and ranks among the nation’s best by U.S. News & World Report. The center combines excellent clinical care for your child with innovative research, while advancing the development of pediatric neurological and neurosurgical treatment options.