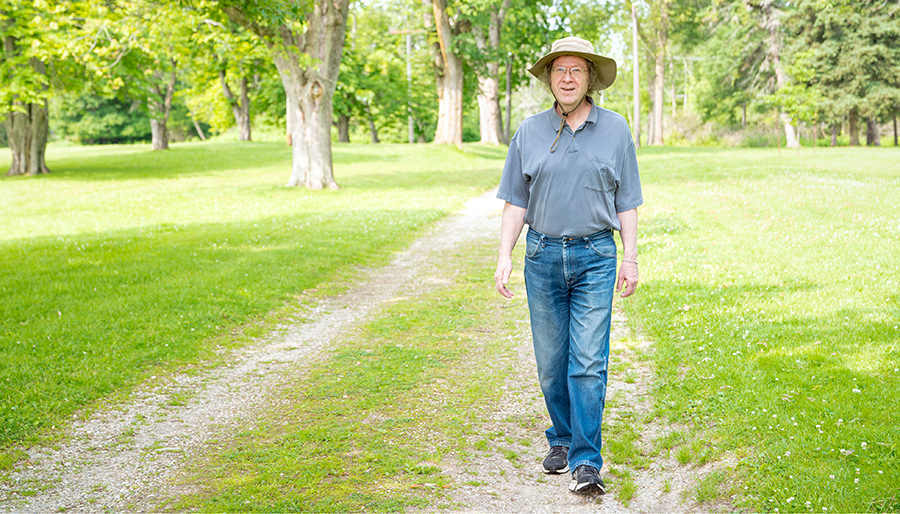 Gary Shea was 63 years old when he made his first visit to Ireland in April 2018, a long-awaited result of his passion for genealogy. He was in the midst of seeing historic sites and doing family research in the coastal town of Galway when his trip took an unexpected turn. Abruptly, Gary got an insider’s tour of the Irish health care system.

Were it not for the Affordable Care Act and the health insurance exchange, Gary would probably have still been working rather than chasing his dreams in Ireland. But since he was able to afford a high-deductible plan from Together with CCHP, Gary retired and began pursuing his hobbies in depth. Together with CCHP is the Children’s Wisconsin health plan that covers both adults and kids.

Several days into the trip, Gary started experiencing flu-like symptoms. Although he had stents put in his heart one year before, Gary didn’t think much of it. But when he started to develop shortness of breath, he asked the hotel concierge for directions to the nearest doctor’s office.

The concierge told Gary it was just a short walk across the bridge, and Gary started off. But within minutes, realized how ill he was. By the time he reached the clinic, he could barely stand. Staff there recognized he was in crisis and sent him by ambulance to the nearest hospital.

Once admitted, Gary went from the emergency department to the cardiac care unit. Then he was told he needed to travel to Dublin –– the other side of the country –– to receive a cardiac scan. Doctors eventually told Gary he had experienced a heart attack from stent collapse and had too much heart damage for a bypass operation or stent replacement.

After deciding his best option was to stabilize enough to fly back to the United States, Gary rested in the “frailty” ward of the hospital for several days. Once he convinced his doctors he was fit to travel, he flew back to Milwaukee. He saw his cardiologist the next day – and called his insurance plan, Together with CCHP. Much to his surprise, Gary’s care while traveling abroad was completely covered. 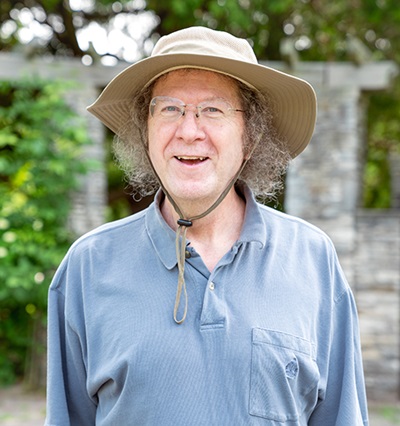 Gary was diagnosed with compensating heart failure, and referred to Froedtert Hospital for care. Gary recalls being told he would need a left ventricle assist device (LVAD) to keep his heart pumping, or a heart transplant. “I realized later that they were telling me I needed both of those things,” he said. “It’s a lot to take in at once.”

In July, Gary met with Beth Lilly, RN, case manager at Together with CCHP, who was assigned to Gary for complex case management. Beth visited Gary at his home where the two developed a good rapport. “It’s always good to meet face-to-face and establish that connection,” said Beth.

When Gary had his first workup at Froedtert, doctors recognized how sick he was. “They told me I wasn’t going home that day.” Gary’s son, who had accompanied him to his appointment, went home to gather some of Gary’s things. Gary ended up staying in the hospital for over a month, receiving an LVAD on August 13.

It was then he started working with Liz Talbot, RN, case manager at CCHP who specializes in the transplant journey. “Liz called often, asking questions and checking in,” said Gary. “I knew that behind the scenes she was keeping the approvals for my procedures and surgeries moving.”

After receiving an LVAD, a patient still needs to be medically stable enough to be listed for transplant. By the end of September, Gary had been managing his LVAD well for more than six weeks and doctors medically cleared him for transplant. Fortunately, his insurance approvals had also happened swiftly, and his name was placed on the heart transplant list.

For her part, Liz recalls talking to Gary one day about his newly implanted LVAD, making sure he was set up properly at home and had the support he needed. “Gary sounded a little out of breath, so I asked him what he was doing. He told me he was out pruning roses,” said Liz. “That is so like Gary, staying active, but I couldn’t help warning him about protecting the LVAD wires that were keeping him alive!”

One evening in early October, Gary returned to his French class at UWM. He told his classmates, “Someday, I may not show up for class because I will be getting a heart transplant.” He knew the average wait for a heart is 18-24 months, so Gary figured that day was still far off.

But the very next day, on October 4, Gary got the phone call that every organ recipient dreams of. “We have a heart for you,” his nurse coordinator told him. Gary needed to get to the hospital right away. He hung up the phone and went downstairs to tell his son. “For a few minutes, I couldn’t even get the words out. I was in shock,” Gary said.

By 11 p.m. that night, Gary was in surgery receiving his new heart, under the skilled care of father and son cardiothoracic surgeons Lyle Joyce, MD and David Joyce, MD. Motivated to get moving and get home, he spent just eight days in the hospital recovering. “My doctors told me there was only one person who had been released in less time than me,” said Gary. “I kept telling them they owed me a silver medal.”

Joking aside, Gary had a lot to worry about in the hospital. Getting off the ventilator, making sure he was resting and healing, and doing respirational, occupational and physical therapy. There was one thing he didn’t have to worry about –– making sure his care was covered by insurance. “Liz was in touch with me regularly, checking on my progress and reassuring me that everything was taken care of,” said Gary. “I wasn’t ever worried about the financial aspect of my transplant, that’s how comforted I was.”

Liz has remained in touch with Gary in the months since his transplant. As he took on a cardiac rehab and maintenance programs, she made sure his care was covered, and provided advice when Gary experienced a brief episode of complications.

Now, Gary has returned to his life of active learning. He still attends French classes at UWM, and recently traveled to California for a week-long genealogy conference. “That was a big step for me,” said Gary. “It really built my confidence that my heart, and I, could handle a trip like that.”

They tell me I’m the first Together with CCHP customer to get a heart transplant,” said Gary. “But it didn’t seem that way. Things went smoothly every step of the way.”

Katie Lott Writer Children's Wisconsin
Children’s Wisconsin is the region’s only independent health care system dedicated solely to the health and well-being of children. At Children’s Wisconsin, we know kids aren’t just little adults and we tailor care specifically for the unique needs of a small, growing body.