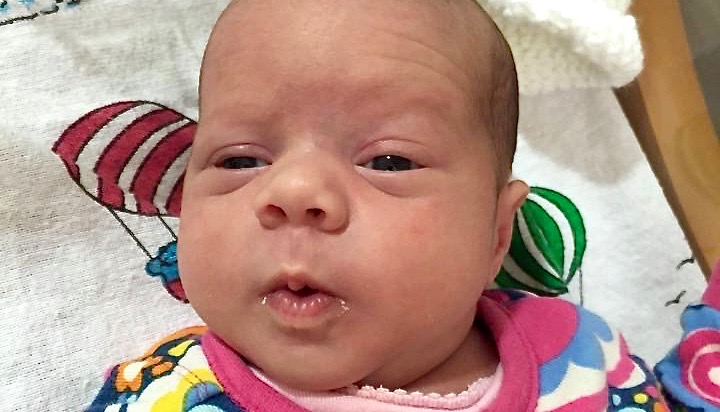 The rate of premature birth in the United States has been in a steady decline the last several years, but the fact remains that about 380,000 babies are born prematurely each year. November isPrematurity Awareness Month, and the March of Dimes is proud to help spread the word.

Part of letting people know the importance of trying to reduce premature birth is sharing stories of families who have gone through it. Monica and Don MacLeod faced a tough road with their daughter, Cassandra, but with the help of the staff at Children’s Wisconsin and the March of Dimes NICU Family Support Program, they were able to survive and thrive as a family.

I encourage you to read Cassandra’s NICU story, in the words of her mother:

Let me tell you about our family’s Thanksgiving in 2014.

We had a lot be thankful for going into that week. We were excitedly awaiting the birth of our daughter, Cassandra. But on Tuesday, we ended up in the hospital, as I was experiencing high blood pressure. Then on Wednesday, the nurses could no longer find our baby’s heartbeat. The words “Crash C-section, get the OR ready!” are about the worst things you can hear as a parent.

Cassandra was born later than night, not breathing for the first 10 minutes of her life. After she was (finally) revived, she was immediately taken to the Neonatal Intensive Care Unit (NICU) at the hospital where I delivered. The first time we saw our daughter she was hooked up to machines and there were tubes all over her. The night took a turn for the worse when the nurse told us our baby girl was having seizures and needed to be transferred to Children’s Wisconsin.

As if that wasn’t scary enough, we were then told that only her dad could accompany her, because I was still recovering at the hospital. So on Thanksgiving Day — when we were supposed to be spending time together as a family — we were miles apart and just hoping our baby would survive.

Friday was the worst day of all. That’s when the neurologist told us that Cassandra had no brain activity. It was not expected that she would survive.

After hearing that, we arranged for both of us to be at the hospital with her. Day to day, we didn’t know what was going to happen, but what kept us going was our love for our daughter, and wonderful moments like when she opened her eyes before going in for a brain scan. It was the first time I got to see those beautiful eyes.

Things slowly improved. While there were still seizures and other setbacks, we clung to the moment when Cassandra’s team of doctors told us that, despite it all, they now believed she would survive.

We ended up spending 23 days in the NICU at Children’s Wisconsin. Twenty-three long days of ups and downs for Cassandra and our family, including trying to still give attention to our 9-year-old son, Connor. We got through it thanks to amazing support from friends, family, and of course the staff at Children’s Wisconsin. Aside from all the medical help they were providing Cassandra, we also had access to sibling care for Connor, and the March of Dimes had plenty of different activities aimed at families that we could participate in — all within the NICU.

We were finally able to take Cassandra home on Dec. 19, just a week before Christmas and one day before her brother’s birthday. It ended up being a pretty great holiday season after all.

Since that fateful Thanksgiving, life is still a challenge, but we’re doing great. Cassandra has therapy three times a week for the developmental delays she still faces, as well as some eating and swallowing issues. But she is making strides each day. There are still some questions and unknowns, but we’re so thankful that she is here. We also know we wouldn’t have her without the fantastic care we received from Children’s Wisconsin and the March of Dimes.

The connection the MacLeods forged with Children’s Wisconsin continues today as Don recently started working at the hospital in security. He has used his experience in the NICU to help relate to families now going through the same thing.

Angie Biersach Family Support Specialist Children’s Wisconsin NICU
Children's Wisconsin is one of the region's top destinations for the care of newborns and fetuses with complex medical and surgical needs, before or after birth. The Fetal Concerns Center offers comprehensive care coordination for families and work in partnership with the providers who offer a variety of fetal interventions. We have Wisconsin's largest level IV NICU and care for the region's high-risk newborns. Our comprehensive program is nationally recognized for our interdisciplinary approach, physician expertise and consistently high measures in safety, quality and outcomes.