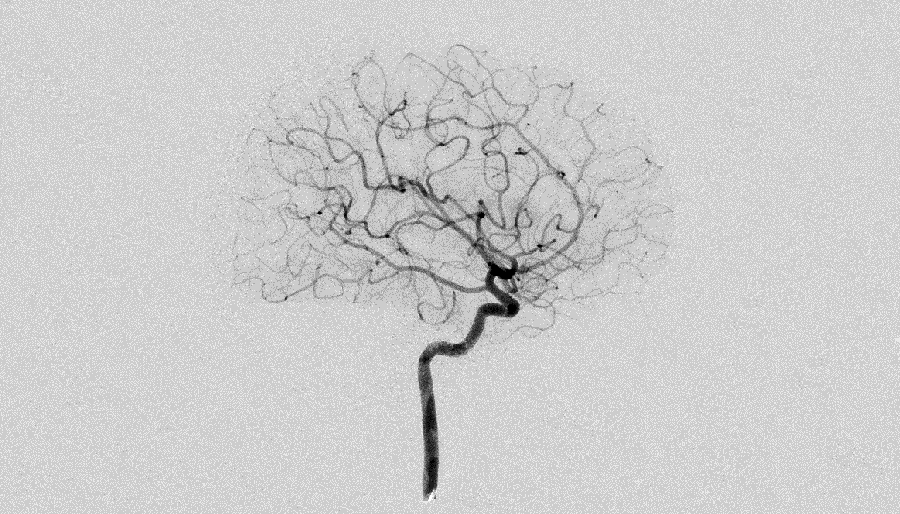 One cold night in early January 2019, Raj was sitting in bed reading with his 11-year-old son, Toby. Snuggled together under a blanket, deep into “The Hunger Games,” Raj placed his head against his son’s. That’s when he first heard the noise.

When asked about it, Toby replied, “You can hear that too?!”

A few months earlier, in October 2018, Toby and some friends were playing on the playground at school when he fell and hit his head. As kids often do, he got up, shook it off and continued playing.

Later that night, he complained of a headache and ringing in his ears. Having suffered two concussions the previous year, Toby’s parents suspected a third. The next day, Toby’s pediatrician ruled concussion out. She believed it was likely just tinnitus, a common defect in the circuitry of the inner ear that causes patients to “hear” a ringing noise when no sound is actually present.

For the next few months, the ringing persisted. In fact, it got worse. It eventually became so loud that it kept him up at night.

The night Raj heard the sound — he said it was like something out of an ‘80s videogame — he spent hours investigating online. He didn’t want to tell Lisa, his wife. Not yet, at least. He knew she’d worry and he wanted to have some answers before breaking the news. In his searching he came across a condition called a bruit, which is a general term for a noise caused by uneven or turbulent blood flow in an artery. He read stories of people who lived their whole lives with one without any health effects. With that comfort, he went to bed. 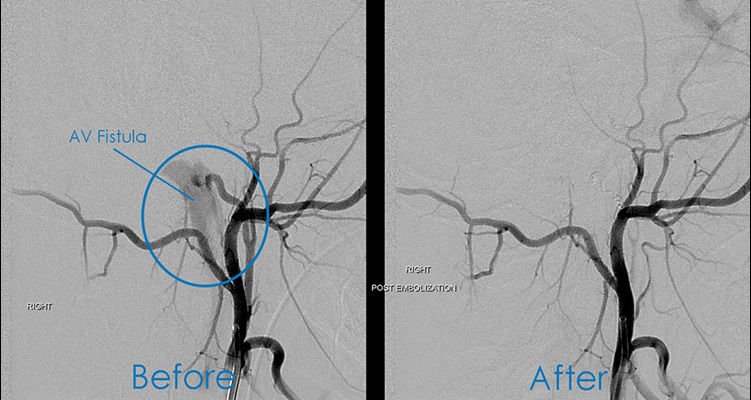 The next day he told Lisa and they made an appointment with Harry Whelan, MD, a pediatric neurologist at Children’s Wisconsin’s Mequon Clinic. Dr. Whelan quietly and attentively listened to Lisa give Toby’s medical history — the concussions, the fall, the headaches, the ringing in the ear. When she said that she, too, could hear the ringing, he became alarmed.

“If you listen carefully to the patient and the family, very often they’re telling you the diagnosis,” said Dr. Whelan. “But if you just do the standard tests, you may miss some key piece of information. When his mom said that she can hear it too, I knew right away we weren’t talking about tinnitus.”

Placing a stethoscope to Toby’s head and neck, Dr. Whelan heard the whooshing noise. He immediately sent him for an MRI. Later that day, Toby’s parents got called back in. They found something on the MRI and wanted to do additional testing.

Toby was diagnosed with an arteriovenous (AV) fistula, which is an irregular, direct connection between an artery and a vein. These can occur anywhere in the body — Toby’s was in his brain, at the base of his skull behind his right ear.

Normally, oxygen-rich blood is pumped from the lungs throughout the body in a system of arteries. Along the way, a web of small tubes called capillaries branch out to provide oxygen and nutrients to all reaches of the body. The depleted blood then travels back to the lungs through veins.

With an AV fistula, somewhere along the path an artery or vein is damaged and a passageway is formed. This causes the blood to bypass the capillaries and flow directly from the artery to the vein. The ringing and whooshing sound Toby was hearing was actually the rush of blood flowing between the artery and vein.

“Think of the plumbing in your house,” said Dr. Whelan. “A fistula would be like if the pipe coming from the water main was going directly into the sewer line and bypassing the kitchen and the bathroom. That high velocity of water flowing directly from one pipe into another would make a large whooshing noise.”

If left undetected, an AV fistula can cause the surrounding tissue to be deprived of oxygen. In some cases, the AV fistula can rupture, causing a serious, potentially life-threatening bleed in the brain. 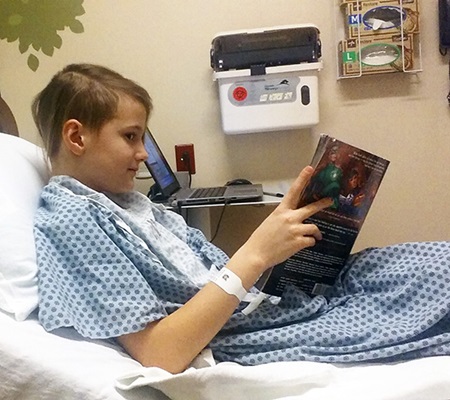 The exam with Dr. Whelan was on a Friday. By the following Wednesday, Toby was at Children’s Wisconsin’s Neurosciences Center for surgery with Raphael Sacho, MD, a neurosurgeon and neurointerventionalist with special training in pediatric brain malformations. Over about two hours, Dr. Sacho made a small incision in Toby’s groin and threaded a thin, flexible tube up an artery to the base of Toby’s skull. A small metal coil was tightened around the fistula until the flow of blood was stopped.

“We can’t know for sure, but we suspect that when Toby fell on the playground he fractured his skull and damaged the artery and vein,” said Dr. Sacho. “Whenever we’re talking about an injury to the brain, we want to treat it as soon as possible. The fact that we were able to get Toby diagnosed and treated in just a few days is an excellent example of the team work that happens at Children’s Wisconsin.”

When Toby woke up from surgery, the noise was gone. And after one night recovering in the hospital, he was on his way home. Now, one month after surgery, Toby is doing great. Aside from some follow-up scans to make sure everything is normal, he should have no long-term effects. He’s already back to his normal life — kickboxing, reading, studying science and, of course, playing with his friends. Sometimes a little too rough.