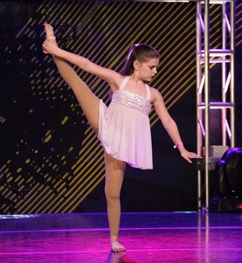 Watching 13-year-old Victoria’s graceful turns on the dance floor, you would have no idea that she has had a lifetime of challenges with bowel and bladder disorders. Surgical implantation of a special device has given this young teen a new lease on life, and a newfound level of independence and normalcy that she was not able to have before.

Victoria’s bowel and bladder issues were ongoing since she was a baby. She was unable to have regular or normal bowel movements or to control her bladder without laxatives and medication. Everyday childhood activities like slumber parties were difficult for Victoria to participate in. At school, constant fear of accidents led to anxiety and affected her ability to make friends and socialize. Her parents took her to see many specialists in search of an answer.

When she was 7 years old, the decision was made for Victoria to have cecostomy surgery at Children’s Wisconsin, where an opening to the skin is made in the cecum (part of the large intestine). At home, a tube is inserted daily via the opening and flushed with a water/salt solution that empties the stool from the colon.

“At that time, the cecostomy was a lifesaver,” said Victoria’s mom Traci. “It really broadened Victoria’s world because she no longer had the worry of soiling herself at school or in public. She was ecstatic, and so were we.” She did, however, continue to have episodes of urinary incontinence especially when the flushing did not empty her colon.

As Victoria got older, however, the daily ritual of flushing the cecostomy grew tiring for all. An active girl, Victoria would try to rush the process, but that would lead to severe stomach cramps. Additionally, there was still a lot of planning involved any time the family wanted to travel — packing supplies and making sure timing of daily activities was such to keep her on schedule. And, as an avid dancer, Victoria worried the cecostomy button would be visible through her leotard. In addition, though the cecostomy helped manage Victoria’s bowel issues, she still required separate medication and treatment for the urinary incontinence. 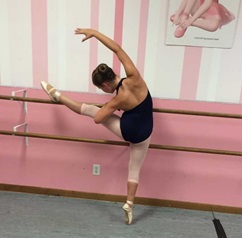 Victoria was referred for sacral neuromodulation. A device similar to a pacemaker, called InterStim®, is surgically implanted under the skin in a location where it is not visible, and it does not interfere with normal daily activities like sports, dance or cheerleading. The device helps improve or correct communication within the nervous system by delivering constant but mild electrical current to specific nerves located in the tail bone area.

“At first, Victoria was not at all interested in another surgery; she’d already been through so much,” said Traci. “Once it was explained to her that, if the InterStim was successful, she may no longer need the cecostomy and could have full mobility to dance and be an active teen, she was on board.”

In late 2014, Victoria had the device surgically placed. In the first few days, it did not appear to be working well. By the second week, however, when flushing the cecostomy was stopped entirely, Victoria’s bowels were working on their own 100 percent, and her bladder was working at 75 percent of normal function. One year later, at the end of 2015, the cecostomy was reversed and removed entirely.

“We could not be any happier with the care Victoria has received; her life has been given back to her,” said Traci. “We would choose to have this surgery done again in a heartbeat.”

This implantable device is an exciting option for patients with bowel or bladder function issues, who have exhausted other therapies and options for treatment. The sacral neuromodulation team at Children’s is made up of pediatric urologists, gastroenterologists and nurse clinicians who work together with families to determine if this treatment is an option for your child.

Embarrassing accidents. Social isolation. Constant anxiety and fear. This is what life is like for many kids with uncontrolled bladder and bowel disorders. But thanks to a small electronic device, whose use in kids was pioneered by Dr. Manu Sood and Dr. Hrair-George Mesrobian at Children’s Wisconsin, these kids are now able to live life and grow up like any other. Read Nika’s sacral neuromodulation story.