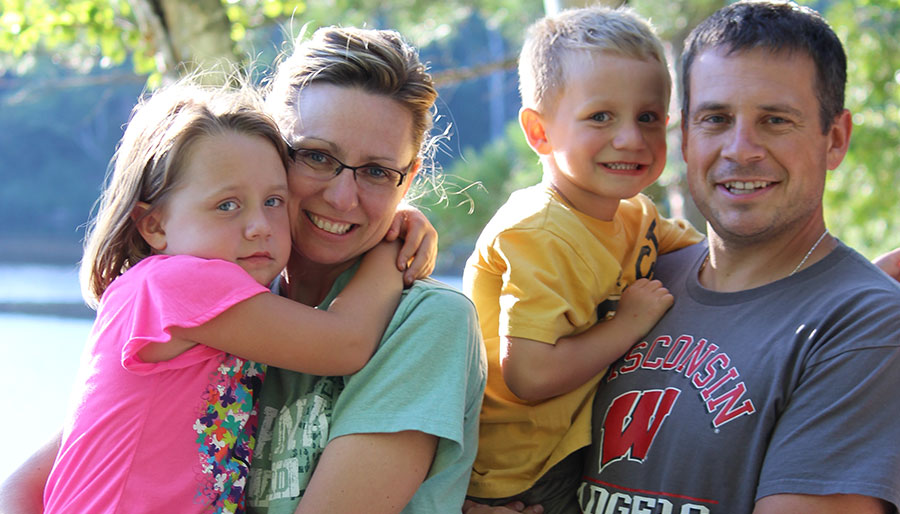 Nothing short of a miracle: In-utero procedure saved my son’s life

Six years ago, I didn’t think our unborn son had a chance at life. My husband, Matt, and I had been told by doctors in Green Bay that his diagnosis of congenital pulmonary airway malformation(CPAM) was terminal. Fast forward to 2017, and when I see Mason, who turned 5 in May, building with Legos or playing with his toy cars, sometimes I have to pinch myself. It’s easy to forget how sick he was, because now he’s a normal 5-year-old.

It’s nothing short of a miracle.

When we came to the Fetal Concerns Center at Children’s Wisconsin, we didn’t have much hope. Because of Mason’s CPAM, fluid in his lungs was pushing on his vital organs. Without an intervention, there was very little chance of survival. But the doctors at the Fetal Concerns Center believed there were things that could be done for Mason. My doctor, Erika Peterson, MD, said “Let’s just take this week by week.”

An in-utero procedure gave him a chance at survival 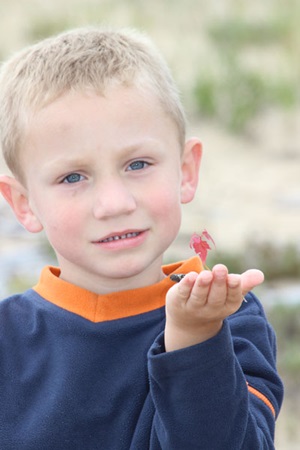 Doctors performed an in-utero procedure that drained the fluid from Mason’s lungs and gave him a chance at survival. After he was born, eight weeks premature, he underwent surgery to remove three-fourths of his right lung and then spent six weeks in the Neonatal Intensive Care Unit at Children’s Wisconsin. He was on oxygen for four months.

Mason’s recovery since then has been amazing. The part of his lung that was removed has expanded back to its original size. He doesn’t wheeze, he’s not asthmatic. It’s absolutely wonderful.

At Mason’s one year follow-up appointment with his surgeons, they told us Mason was doing so well we didn’t need to continue seeing them. Now, Mason’s pulmonologists are saying his lung capacity and strength is so good, we don’t need to see them again until he’s 8. For now, we’re having checkups with our pediatrician — just like a normal kid would.

Mason is excelling in kindergarten, though his older sister takes credit for that. She says she has taught him everything he knows. Fewer doctors appointments mean more time for Mason to do the things he loves like playing sports, building with Legos and doing daring things on the monkey bars.

Sometimes I cringe when I watch him swinging and hanging upside down. It was hard not to want to put a bubble around Mason, because we almost lost him. But he’s a healthy normal kid, a sweet boy, a love. The only time others would know what he’s been through is when he lifts his shirt to reveal his sweet scar.

I try to pay it forward by talking to other moms whose babies are facing an uncertain future. I spoke to a mom in Boston who found me though our story. When your baby is so sick, you feel so helpless, so powerless. But you’re also willing to try just about anything.

One thing I know for sure is that the doctors in the Fetal Concerns Center at Children’s Wisconsin saved Mason’s life. Without them, there is a zero percent chance Mason would be with us now. We’re grateful for the care they gave to Mason and me, and for the hope they gave back to all of us.

Mandee Magno Guest Blogger
Children's Wisconsin is one of the region's top destinations for the care of newborns and fetuses with complex medical and surgical needs, before or after birth. The Fetal Concerns Center offers comprehensive care coordination for families and work in partnership with the providers who offer a variety of fetal interventions. We have Wisconsin's largest level IV NICU and care for the region's high-risk newborns. Our comprehensive program is nationally recognized for our interdisciplinary approach, physician expertise and consistently high measures in safety, quality and outcomes.