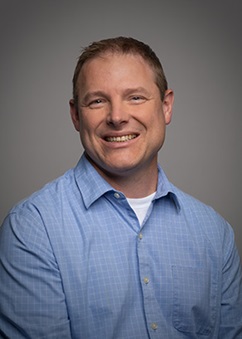 It's smaller than a pea, yet Children's Wisconsin pediatric interventional cardiologist Todd Gudausky, MD, calls the Amplatzer Piccolo Occluder "a real game changer" for premature infants with patent ductus arteriosus (PDA), a potentially life-threatening opening between two blood vessels leading from the heart. The condition affects about 80% of infants born at 25 through 28 weeks' gestation and 90% of those born at 24 weeks' gestation. Although the opening spontaneously closes in a third or more of neonates weighing less than 1,000 grams, it still increases the risk of morbidity and mortality in an already fragile population.

"We see 30 to 50% of our preemie population born with PDA," said Dr. Gudausky. "A fair number of them develop symptoms in the first few weeks of life."

Wait or surgery?
Until recently, the only options for these patients were to wait for the opening to close with or without medical therapy, which requires additional weeks in the NICU and on ventilation; or perform surgery to close it.

The surgery itself is quite intense, requiring a 2-inch incision under the baby's left arm, lung deflation, ventilatory support and ductus ligation. "The babies often get sicker before they improve," Dr. Gudausky said. About half develop post-PDA ligation syndrome, or cardiopulmonary instability, with studies also finding high rates of pneumothorax, chylothorax, scoliosis, infection, unilateral vocal cord paralysis (which increases the risk for tube feedings), and extreme hypotension.

The authors of a recent article on PDA ligation in the Journal of Cardiothoracic Surgery wrote that "while eliminating the detrimental effects of a PDA on lung development, (surgery) may create its own set of problems that counteract many of the benefits derived from ductus closure."3 In addition, studies show little benefit 30 days after the operation. Indeed, Dr. Gudausky and Children's neonatologists have been reluctant to recommend surgery given the high rates of morbidity and mortality.

The Amplatzer Piccolo Occluder, approved by the FDA in January 2019, offers a far safer, more effective option. The self-expanding wire mesh device is threaded through the femoral vein to the heart and through the pulmonary valve into the ductus arteriosus. There it can be positioned within the ductus to plug the blood vessel. If necessary, it can be retrieved and redeployed for optimal placement. 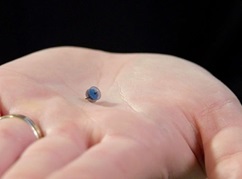 Placing the device, said Dr. Gudausky, is like placing an IV in the leg, and the leg vein heals within 24 to 48 hours.

Because the device is deployed in a minimally invasive procedure, many of these premature, critically ill babies can be weaned from respirator support within days, he said, and those with non-invasive ventilation are typically on cannula oxygen within 48 hours.

Dr. Gudausky was one of the first physicians in the state to be trained on the device. Between May 2019 and January 2020, he has performed 16 procedures. That compares to the eight to 10 PDA ligations surgeons typically performed each year at Children's.

"This has really changed our approach to managing PDA," Dr. Gudausky said. "It's revolutionary for the babies."

Overcoming challenges
To perform this new procedure, fragile infants must be transported from the NICU to the cath lab, kept warm while the device is placed, and then transported back. The Children's team developed a specific protocol with the NICU nurses, anesthesiologists and cath lab team for transport, which requires up to 15 people each time.

"The big challenge is that not every hospital has the capability to do this procedure," Dr. Gudausky said. "It emphasizes the importance of the quaternary care provided here that we can take care of these patients and then, once they're stable, transfer them back to the referring institution."

Currently, he is performing the procedure on infants between 30 and 45 days old; but he and other specialists around the country believe it can be done much earlier. In fact, Children's hopes to participate in a clinical trial comparing the procedure to medical therapy in premature babies as young as two weeks.

Now, Dr. Gudausky and the other cardiovascular specialists at Children's Herma Heart Institute are trying to get the word out about the procedure to hospitals throughout the state and beyond. "I see it eventually becoming the norm for patients with PDA," he said.

"It's a real game changer for these babies, and it's very satisfying to be able to offer them and their parents a new treatment modality that is safe and effective."