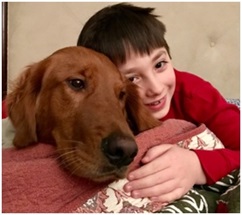 Medicaid is for all kids

One in every three kids in Wisconsin are impacted by Medicaid. In addition to covering children in low income families, Medicaid also provides access to care for children with disabilities and often pays for specialized services for children with complex medical conditions enrolled in private insurance.

At Children's Wisconsin, more than 50 percent of the patients we serve every year receive some form of Medicaid coverage. That coverage is uncertain as elected officials in Washington, D.C., debate plans for repealing and replacing the Affordable Care Act and reforming Medicaid.

Children's wants to keep Medicaid strong for all children. If you have a story to share, please fill out our form >>>

Click the names of the kids below to learn more about their stories.